Here is why Pakistan's Hockey World Cup participation in doubt 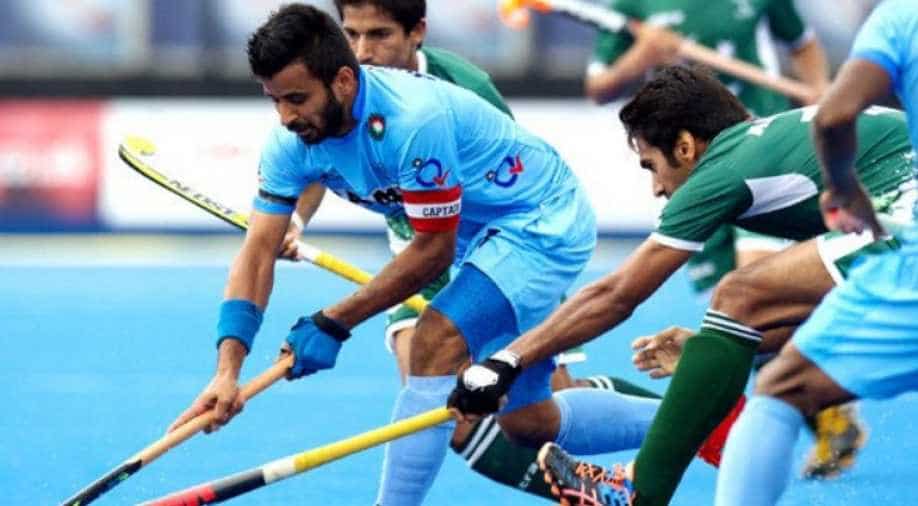 Pakistan Hockey Federation had sought a loan from the PCB to send the team to Bhubaneswar and clear the outstanding dues of players.

Pakistan's chances of participating in the Hockey World Cup received another blow after the country's cricket board, PCB, turned down a request for financial aid to send the national team for the mega event in India beginning November 28.

Pakistan Hockey Federation had sought a loan from the PCB to send the team to Bhubaneswar and clear the outstanding dues of players.

Pakistan's new head coach Tauqir Dar and manager Hasan Sardar confirmed they had spoken to the PCB Chairman Ehsan Mani and requested him to provide a loan to cover the expenses for the World Cup.

"He was scheduled to meet us on Thursday but due to some urgent issues he spoke to us on phone. He made it clear that the PCB couldn't advance any loan to the PHF since the federation had not returned a loan given to them by the board during the tenure of Lt General (retd) Tauqir Zia in early 2000," said Dar.

Dar said that Mani had minced no words in stating that due to the old loan it was not possible for the board to give a new loan since it had to answer to its financial advisors and auditors.
"Mani sahib has however assured us he will speak to the government and sponsors to help us overcome our financial crunch," Dar added.

PHF Secretary, Shahbaz Ahmed, also told PTI that the national team's participation in the World Cup was in acute danger since the government was yet to respond to repeated requests from the PHF to release a grant of 8 million Pakistani rupees.

"We have now written directly to the Prime Minister's secretariat for the grant to be released within this week or else it would be very difficult for us to send the team to India," he said.

The World Cup is scheduled in Bhubaneswar from November 28 to December 16.

"If we are not able to send the team to India it will not only damage our image in world hockey but we will also face a hefty fine from the FIH," Shahbaz added.

Dar said that they had told Mani to talk to the Prime Minister and if the government wanted they could directly pay the hotel where the Pakistan team will stay for the World Cup and also credit outstanding dues of the players in their individual accounts instead of giving any money to the PHF.

Players have yet to get their daily allowance for the Asian Champions Trophy and the camp set up prior to the tournament last month in Karachi.

To ensure it got visas on time from the Indian High Commission, the PHF has even applied for visas well in advance to avoid any issues later on as two years ago, the national junior team couldn't travel to India for the Junior World Cup for lack of visa.

The camp for the World Cup has however kicked off in Lahore from Wednesday with Dar taking charge as the new head coach and Danish Kaleem as his assistant coach.

Hasan Sardar continues to be the manager and Rehan Butt is assistant coach.