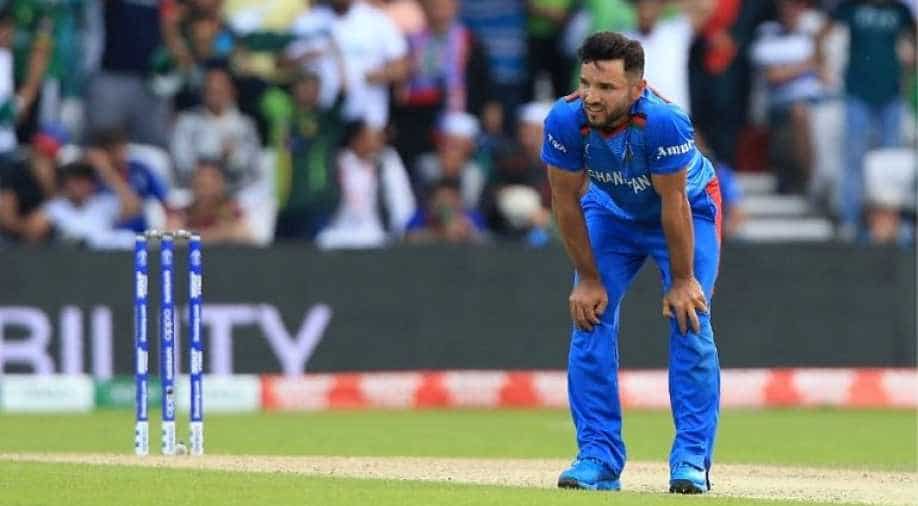 Afghanistan's repeated tinkering with their batting order also hurt the side, who finished with nine defeats in as many matches

Afghanistan captain Gulbadin Naib apologised to his team's fans after their winless campaign in the Cricket World Cup, saying the side's big guns had let them down.

Few had expected Afghanistan to make it through to the semi-final stage in only their second World Cup appearance, and the team may also have been unsettled by a late leadership change, with Naib replacing Asghar Afghan as their one-day captain.

But they were still touted as a potential giant-killer capable of pulling off an occasional upset, thanks to a spin-heavy attack including Rashid Khan, Mohammad Nabi and Mujeeb Ur Rahman.

"I'm very disappointed with the performance of the team. In each and every game we made a lot of mistakes. We did not play our natural cricket," Naib said after Thursday's defeat against West Indies.

Rashid, currently the number three ranked ODI bowler, had a particularly underwhelming tournament, the low point being the match against England when the leg-spinner was smashed for 110 runs off just nine overs - the worst bowling figures in World Cup history.

"We have big names in our time like Nabi, Rashid, Mujeeb...everyone expected them to perform like they did in the last two, three years.''

"Rashid has contributed 60 per cent in our wins. I also expected a lot from him. But it's a game of cricket, he gave his 100 per cent, but you can say he has had bad luck," Gulbadin said.

Afghanistan's repeated tinkering with their batting order also hurt the side, who finished with nine defeats in as many matches.

They fielded Ikram Alikhil between seven to nine in the first few matches, before promoting him to number three on Thursday, when the 18-year-old top-scored for them with a fearless 86.

"I learnt a lot in this tournament...I agree we did not give anyone proper chance with a fixed place in the batting order," said Naib.

"Even I was batting on seven or eight but jumped in as an opener in the last four-five games because the team needed it," he said.

"But I think it's not about a fixed position. If you play with a big heart, any position will suit you," said Naib.

Naib said fitness was a big issue with the team and they needed better preparation to make any impact in an international tournament.

"We could not give our 100 per cent and fulfil expectations of the people of Afghanistan. I say sorry to my fans and my country," he said.

Two-times champions West Indies bowed out of the tournament they had entered as a possible dark horse with just two wins from their nine group matches.

Opener Chris Gayle's World Cup swansong, however, provided a glimpse of a better future as Shai Hope, Nicholas Pooran and Shimron Hetmyer, aged between 22 and 25, impressed with the bat.

"Definitely a learning experience, something I'll never forget," said Hope, who won the man-of-the-match award for his 77.

"I'm sure we're going to use this as basically a platform for the next four years. And hopefully, we can have something stronger and build more momentum early in the tournament and take it on to the semis and the final," added Hope.