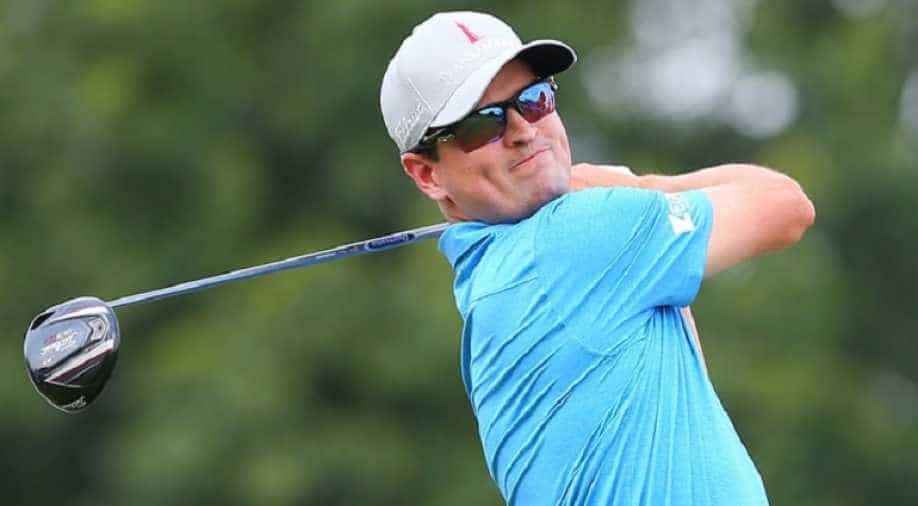 Zach Johnson sank a six-foot putt for birdie on his final hole for a four-under-par 68 to ensure a share of the lead with Andrew Landry on 13-under 203 after the third round of the Texas Open on Saturday.

The pair were a stroke ahead of Trey Mullinax, who shot a course-record 62 at the Greg Norman-designed TPC San Antonio, and two stokes ahead of Ryan Moore (70).

Landry jumped out to an early lead with birdies on three, five and six and picked up two more on 16 and 17 to finish the round bogey-free.

Johnson mixed six birdies with two bogeys to stay on track for a third title at the tournament.

Mullinax, 25, had a career round in his 10-under 62 and jumped from tied for 25th at the start of his round to just one stroke back of the leaders.

He was especially hot on the back nine where he shot seven-under 29, closing with two eagles and two birdies in his last five holes.

"Obviously I don`t think you ever walk onto a tee and think 62," he said.

"But I thought I had some low rounds in me. I thought I was rolling the ball well and felt really good with my irons on the range this morning, so got some stuff to happen."