Goal in each half gives Argentina second win over Mexico 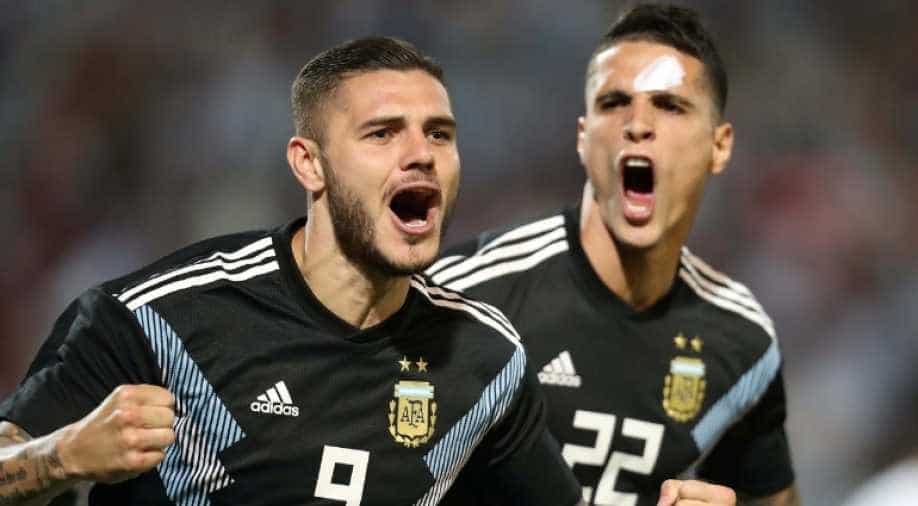 An early goal from Mauro Icardi and a late strike from Paulo Dybala gave Argentina their second win in a row.

An early goal from Mauro Icardi and a late strike from Paulo Dybala gave Argentina their second win in a row with a 2-0 victory over Mexico in a lukewarm friendly in Mendoza on Tuesday.

With two minutes gone Icardi, the Inter Milan striker controversially left out of Argentina's World Cup squad, beat two Mexican defenders on his right foot before transferring the ball to his left and whipping it past the keeper.

Dybala doubled the lead three minutes from time when he finished off a sweeping counter attack beautifully set up by Giovanni Simeone.

Mexico had more of the possession but Argentina were well worthy of a victory that came four days after their 2-0 win in Cordoba in the first match of the double header.

The best chance for the visitors fell to Jesus Gallardo midway through the second half but his point-blank header was well saved by substitute keeper Paulo Gazzaniga.

The result takes interim coach Lionel Scaloni's record since the World Cup to four wins, one draw and one defeat. His team have conceded just the one goal in the 1-0 loss to Brazil last month.

Mexico, meanwhile, fell to their fifth defeat in six games since they tumbled out of the World Cup at the last 16 stage with a loss to Brazil.