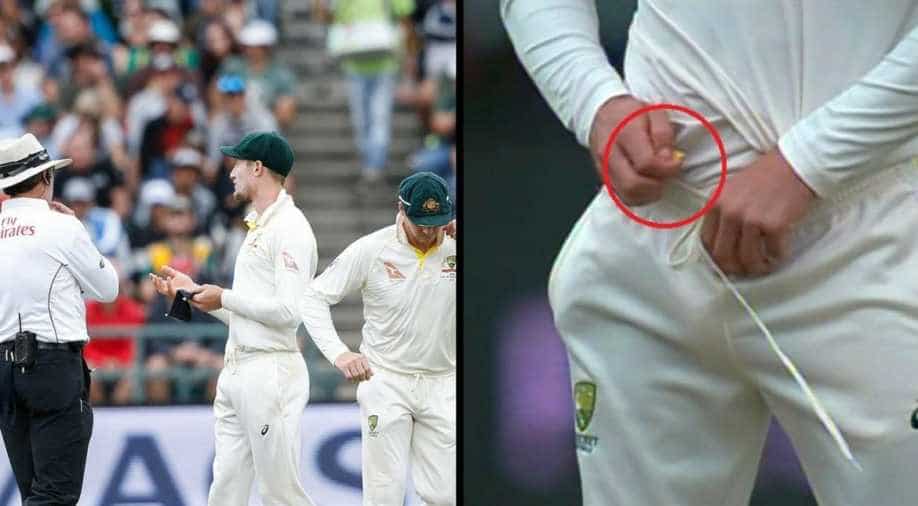 For the deliberate intention of ball tampering, ICC has slapped Steve Smith and Cameron Bancroft with a one-match ban and fined 75% of match fee. Photograph: (Twitter) Photograph:( WION Web Team )

Irrespective of immense seriousness this incident requires, Twitterati has come up with some innovative ways of displaying their take on the incident

The ongoing Australia vs South Africa Test series has seen enough in terms of controversies and scandals, from Warner-Quinton altercation to Smith-Rabada case.

But the recent incident has shaken up the cricket fraternity when the ugliest side of Australian cricket was seen in the third Test against South Africa in Cape Town on Saturday when Australian skipper, Steve Smith admitted to altering the condition of the ball.

Australian batsman Cameron Bancroft was caught in the camera when he took out a yellow-colored substance from his pocket and applied on the ball to increase the roughness of one side of the ball.

Steve Smith was fighting to save his job and reputation after the ball-tampering scandal where he played the chief plotter.

Now, Smith has been trapped in a cyclone of controversies and was booed by the South African fans when he entered to play in the second innings. He scored only seven runs off twenty balls.

Irrespective of immense seriousness this incident requires, Twitterati has come up with some innovative ways of displaying their take on the incident.

Here are some hilarious tweets:

When Steve Smith goes back to the hotel room to face Darren Lehman & Cameron Bancroft after saying "It's sad to know that the whole team was involved in the ball tampering scenario but I was not a part of it" in the press conference ?? pic.twitter.com/cuqOYrp9q3