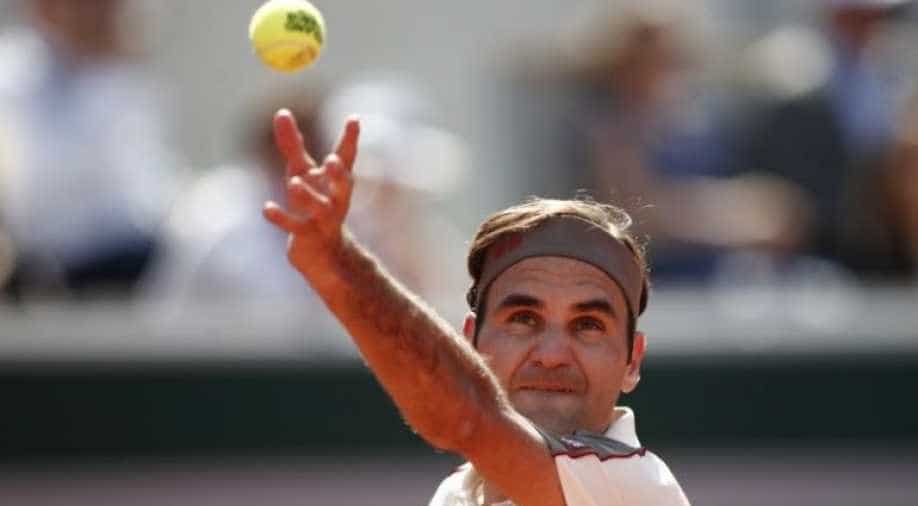 The Swiss reeled the youngster back in, forcing the game to a tie-break where he squandered three match points before going on to win

Roger Federer celebrated his 400th Grand Slam match with an easy victory on Friday over Norway's Casper Ruud, winning 6-3, 6-1, 7-6(10-8) to become the oldest male player to reach the fourth round at the French Open since 1972.

The 37-year-old Swiss showed little mercy to his 20-year-old opponent, whose father Christian reached the third round when Federer first played on the 'terre battue' of Roland Garros as a wild-card entrant in 1999.

Federer lost that year in the first round.

The world no. 3 needed little more than an hour to pick up the first two sets, but a rare lapse in concentration allowed Ruud, ranked 63, to pick up an early break in the third set.

The Swiss reeled the youngster back in, forcing the game to a tie-break where he squandered three match points before going on to win.

"I liked how he figured things out after going on a tough run thereof nine games," Federer said in a post-match press conference.

"The third set could have gone either way. He had chances early, then later, and then again after. It was nice to see him hang in there. He's got a great attitude, very calm, very quiet, maybe very Norwegian," Federer said.

Federer was making his first appearance at Roland Garros since he reached the quarter-finals in 2015.

"I thought (today's game) was tough, even though I had a good run there for a while. That also is very important for me, to know... that I can run through a set and a half and just take care of business. Gives me confidence for the next match, that's for sure," Federer said.

As he signed autographs at the end, a female fan said, "Roger, I've never seen you sweat before, this is crazy."

Federer quipped back, "I know, I don't know what's going on, I must be getting old!"

Federer is vying for his second French Open title 10 years after his first in 2009, which would set a record for the longest gap between winning a second title at a Grand Slam in the Open era.

He will meet Argentina's Leonardo Mayer in the fourth round.