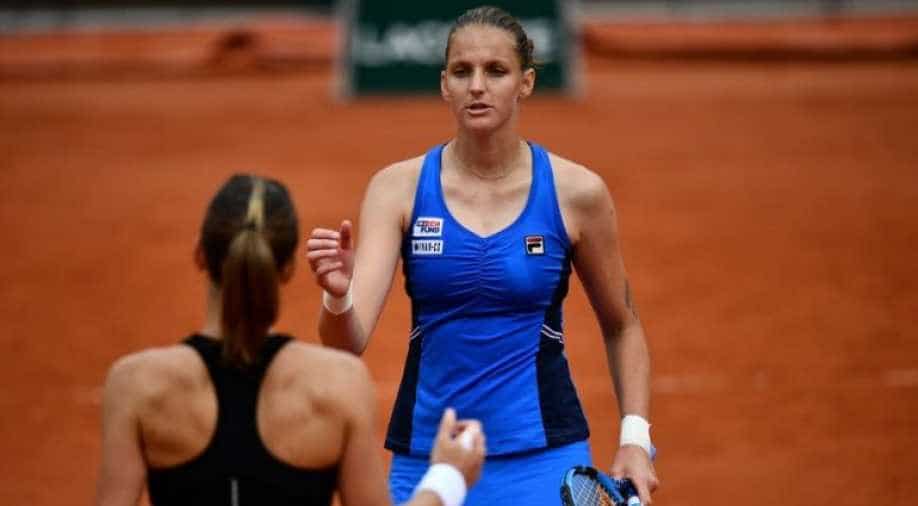 Second seed Karolina Pliskova was knocked out of the French Open on Friday after a 6-3, 6-3 defeat by Croatia's Petra Martic.

Czech Pliskova produced an error-strewn display against the 31st seed, who will face either Russian Veronika Kudermetova or Estonia's Kaia Kanepi for a place in the quarter-finals.

Her defeat means Naomi Osaka will retain the world number one spot after Roland Garros.

Martic has now won 14 matches on clay this season, more than any other player on the WTA Tour.

Former world number one Pliskova remains without a Grand Slam title in her career, despite arriving in Paris with high hopes after powering her way to Italian Open triumph in Rome.

The game which saw her broken to fall 5-3 behind in the second set encapsulated an erratic display -- as she served two double faults, missed perhaps the easiest volley seen on the newly-rebuilt Court Philippe Chatrier, and capped it off by drilling the simplest of forehands several feet past the baseline.

Pliskova finished with 28 unforced errors in total, against only 23 winners, while Martic sealed victory with an ace.

The 28-year-old Martic put in a solid performance and is rewarded with a fourth-round tie against an unseeded player as she bids to reach the quarter-finals of a Grand Slam tournament for the first time.