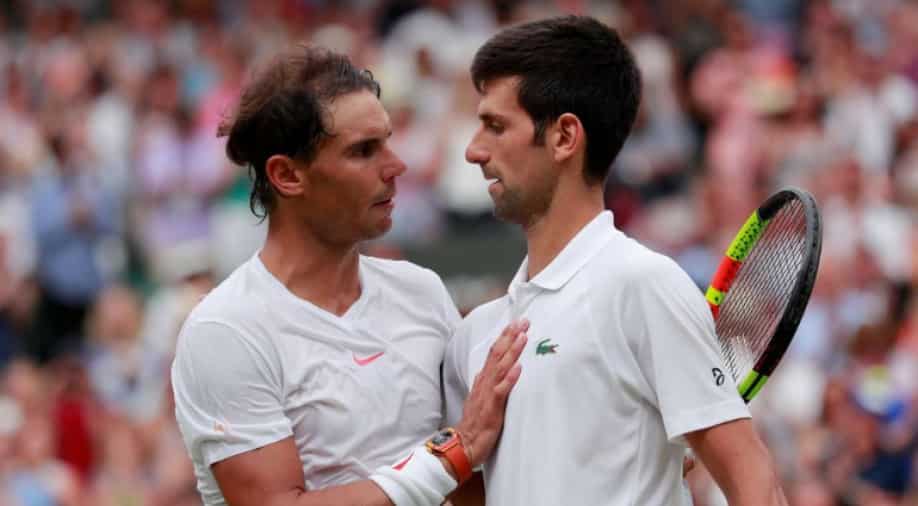 Novak Djokovic and Rafa Nadal will add another chapter to their rivalry when they face off in a much-anticipated clash on Friday but there will be more at stake than just a spot in the French Open final.

Novak Djokovic and Rafa Nadal will add another chapter to their rivalry when they face off in a much-anticipated clash on Friday but there will be more at stake than just a spot in the French Open final.

A semi-final battle between world number one Djokovic and 13-time Roland Garros winner Nadal was the expected outcome once they were placed on the same side of the draw after the Spaniard slipped down the rankings to third behind Russian Daniil Medvedev.

It would be a 58th career meeting between the pair with Nadal looking to draw level with Djokovic on 29 wins while the victor would also book a 29th Grand Slam final appearance, behind only Roger Federer on 31.

The 35-year-old Spaniard, a year older than Djokovic, is, however, the more dominant of the two on clay and has gone on to win the title at Roland Garros all 13 times he has reached the last-four stage.

Djokovic, who lost to Nadal in a one-sided final last year, and the retired Robin Soderling are the only players to have defeated the Spaniard on the red clay in Paris.

"I'm confident. I believe I can win, otherwise, I wouldn't be here. Let's have a great battle," Djokovic said of the matchup.

A win on Friday will also give the victor a chance to shake up the race for the most men's major titles.

Nadal could take sole ownership of the record with a win on Sunday and move ahead of Federer with 21 titles while a second Roland Garros trophy would move Djokovic to 19.

German Alexander Zverev and Stefanos Tsitsipas of Greece meet in the other semi-final with both chasing a maiden Grand Slam title.

Many pundits believe that the four best men's players have reached the last four stage and the odds are no longer heavily stacked against the younger generation to upset Nadal and Djokovic in a major final.

"When you looked at the draw this is the dream scenario," seven-time major winner and Eurosport tennis expert Mats Wilander said.

"This is one of the first times I have felt this but regardless of who wins between Rafa and Novak this is going to be tough against Tsitsipas or Zverev – they have a great chance to win their first Grand Slam, a great chance."

While Zverev reached the 2020 U.S. Open final, Tsitsipas, 22, has lost all his three previous Grand Slam semi-finals, but the Greek will head into the match with a 5-2 lead in previous matchups.

Boris Becker, a six-time major winner and a former world number one, believes the gap between 'king of clay' Nadal and the other title aspirants at Roland Garros was decreasing.

"I'm not a clairvoyant, but the top favorite for me remains Nadal, that hasn't changed," the Eurosport pundit said. "At some point, the successors have to come. Nadal can't rule Paris forever.

"I also see that Djokovic can win such a tournament, but Tsitsipas and Zverev are also almost on a par. For me, it's just a question of time."