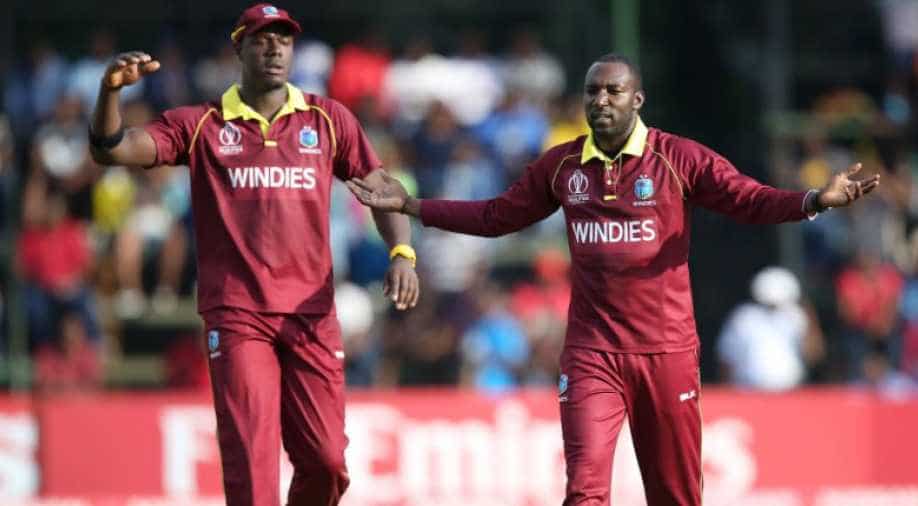 Two-times World Champions West Indies qualified for next year's cricket World Cup to be held in England & Wales by beating Scotland through the DLS method in Harare.

West Indies were bowled out for 198 as rain interrupted play as Scotland managed to score 125 for the loss of 4 wickets in 14.4 overs.

Number five falls! Richie Berrington is given out lbw to Ashley Nurse on 33. Scotland are 105/5 after 31.4 overs.#WIvSCO LIVE ➡️ https://t.co/aqWLCpMy5n pic.twitter.com/v0GjBEUMTb

West Indies were declared winners by five runs through the DLS method knocking out Scotland from next years finals.

The rain has got very heavy at Harare Sports Club. The full covers are on. ☔#CWCQ #WIvSCO pic.twitter.com/fYgEonp7S8

"I'm extremely pleased to get through to the World Cup. We've been through a lot in the last two years," said captain Holder.

"We had to play to expectation -- there was pressure in every game and the guys really put their hands up. I'm really pleased to get over the line but my thoughts go out to Scotland for how they've played in this tournament," the captain said moments after qualifing for the World Cup.

Had the rain come with Scotland on the same score but four wickets down, they would have qualified instead.

"There are a couple of decisions that have hurt us in the last two games and obviously another one didn't go our way today," said Scotland skipper Kyle Coetzer.