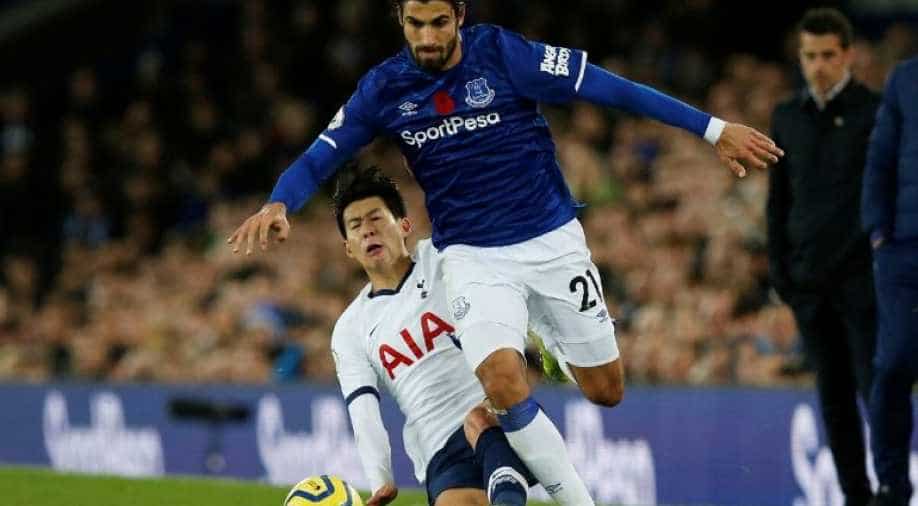 The Portugal international fractured and dislocated his right ankle in the 1-1 draw at Goodison Park on Sunday after landing off balance at speed following a tackle from Tottenham Hotspur forward Son Heung-min.

The Portugal international fractured and dislocated his right ankle in the 1-1 draw at Goodison Park on Sunday after landing off balance at speed following a tackle from Tottenham Hotspur forward Son Heung-min.

"It's not easy to give a sure date about when he will return, feedback from the medical staff is it is possible we will see him playing again this season," Silva told reporters ahead of Saturday's Premier League trip to Southampton.

"It looks like a really serious injury, but everything went really well and we hope we can see him playing again this season. Of course, we are not sure."

Son was shown a red card, which was later overturned by the FA, for his part in the incident and was in tears in the dressing room afterwards.

"I think he received a text message from Son," Silva added. "Of course it was the toughest moment for Andre and the other players on the pitch. For the two players involved it was really tough as well."

Everton travel to Southampton, who are looking for their first home win of the season, and Silva said Ralph Hasenhuettl's side will be looking to set the record straight at St. Mary's after a 9-0 humbling by Leicester City in their last home game.

"The last home defeat for them was really tough. They will want to react and show a reaction for their fans," Silva said.

"We want to do the same, to go to compete. After what happened with Andre we showed strong character and we have to do that again in the next match."