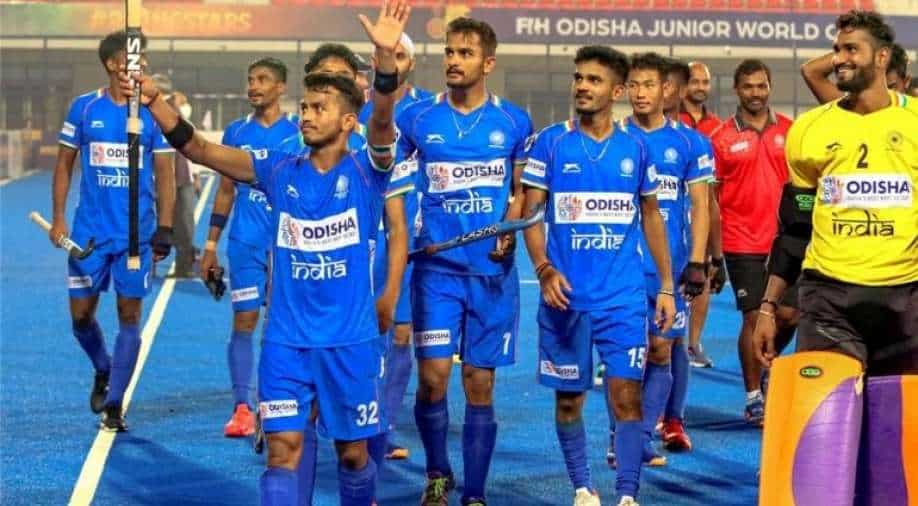 India have an edge in head-to-head, having won four of the five matches against Belgium in the U-21 stage.

Having finished second in their preliminary round group following a defeat to France in their opening match, defending champions India take on top contender Belgium in the quarter-finals of the FIH Odisha Hockey Men's Junior World Cup here on Wednesday in a match that could make or break their fortunes in the event.

Victory will take them into the semi-finals while defeat would bring to a premature end their defence of the title India won at home in 2016.

Belgium are ranked first in the World in Junior Rankings while India are fifth, the Red Devils are unbeaten so far in this event though being held to a draw by Malaysia is a blemish they have to carry into the match against India.

India on the other hand have recovered well after the 4-5 defeat against France to comprehensively beat Canada (13-1) and Poland (8-2).

Considering all these aspects, it will be a huge challenge for India when they take on Belgium in the key last-eight clash. Belgium are a very compact team and as India chief coach Graham Reid said it is in their DNA to "move the ball very quickly and with ability and confidence, which has come down from the senior team"

So, just like the senior team, Junior Red Devils are very dangerous, they defend well and are very aggressive attack. They are quick on counter-attack and are very good in penalty corner conversion, presenting a huge challenge for any team.

"But there are also some vulnerabilities (in Belgium's play) that Malaysia had exploited and I am confident my team will be able to try that," said Reid.

And India will have to take on this challenge without key midfielder Maninder Singh, who suffered a hamstring injury during the match against Poland and has not yet recovered from that. Coach Reid said Bobby Singh will replace him with Bobby Singh, who will have to manage the midfield with skipper Vivek Sagar Prasad.

A strong and aggressive forward-line and abundant drag flickers have turned out to be the aces up the sleeves of the Indian team. Araijeet Singh Hundal and Uttam Singh have been India`s most successful forwards in the event so far with five and four goals respectively. Hundal has scored both field goals and off penalty corners and India will depend on him and defender Sanjay to do the bulk of the scoring. Sharda Nand Tiwari is another one who has been successful with his penalty corners.

The Indians will have to guard against conceding early goals as they did against France and ensure that they defend deep and don't allow Belgium to take control of the midfield.

Coach Reid accepted that his boys will have to be calm and composed during the entire match and should play with discipline and not get too many cards as they did against Poland.

The hosts will take heart from India's victory against Belgium in the final of the 2016 edition at Lucknow. Though those were two different teams. "It does give us a boost that we are going into the match as defending champions but that is not a lot. Every tournament is different from another. What matters more is how you play on the day and what gives you more confidence in the fact that we have prepared well, played, and stayed together for months," said defender Yashdeep Siwach.

India does have an edge in head-to-head, having won four of the five matches against Belgium in the U-21 stage.

In other quarter-final matches on Wednesday, six-time champions Germany take on European rivals Spain, the Netherlands, looking to win their first title in the Junior World Cup, meet Argentina while France face Malaysia in third quarter-final.