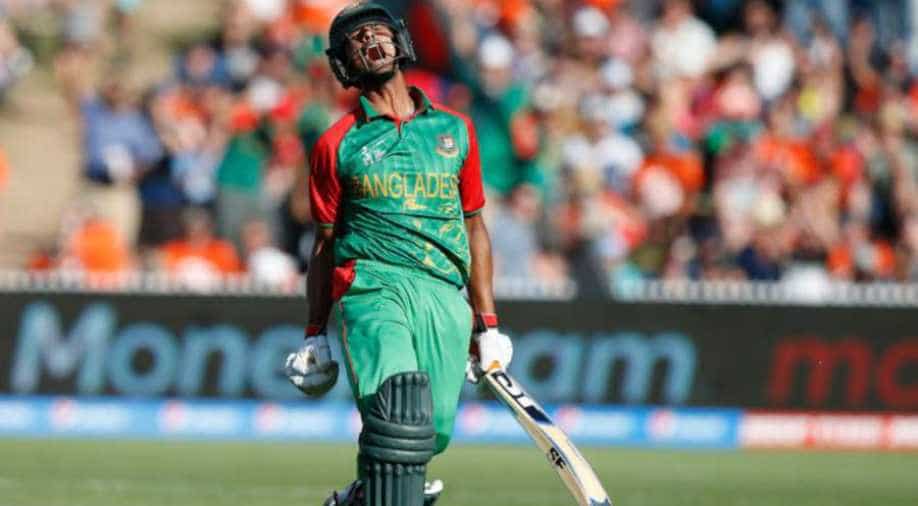 Bangladesh will meet India in Sunday's final of the Twenty20 tri-series after Mahmudullah blasted 43 not out off 18 balls to secure their thrilling two-wicket victory over Sri Lanka in an ill-tempered match on Friday.

High drama unfolded in the virtual semi-final at the R Premadasa Stadium with Bangladesh needing 12 runs off the last over bowled by Isuru Udana and Mahmudullah smashed a six off the penultimate delivery to seal an emotional victory for his team.

Play had been briefly halted as Bangladesh players remonstrated about two shoulder-high balls in the final over and members of both teams had to be restrained.

Earlier, Sri Lanka slumped to 41-5 in the ninth over after being put into bat before fighting half-centuries from Kusal Perera and captain Thisara Perera helped them to a respectable total of 159-7.

Kusal Perera made 61 and Thisara Perera contributed 58 to arrest the slide and help Sri Lanka past the 150-mark.

Opener Tamim Iqbal led Bangladesh's reply with a fluent 50 but they lost wickets in quick succession until Mahmudullah took responsibility to get them over the line.

Kept off strike for the first two balls of the final over from Udana, Mahmudullah hit the third for four, took two off the next and flicked the fifth over the square leg boundary for six to trigger wild celebration by his team mates.