Chautala: Will step down from IOA life president's post if IOC objects 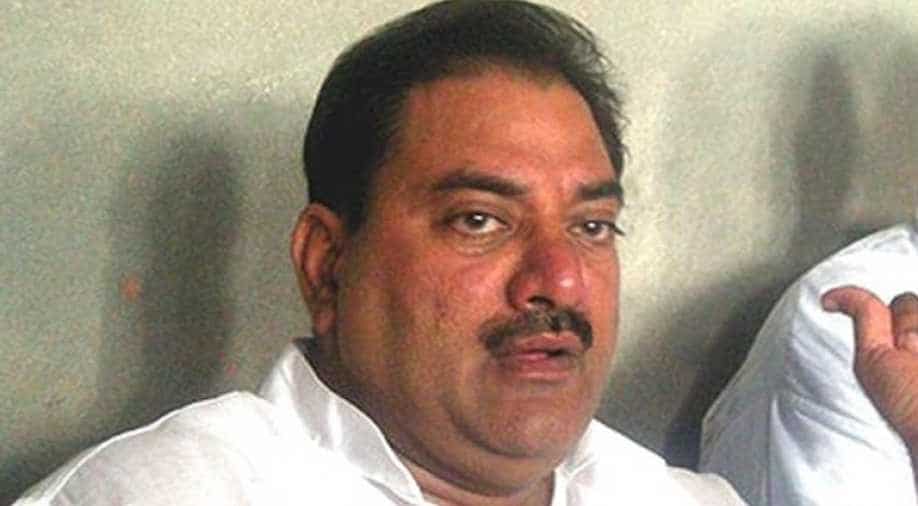 On Wednesday, the sports ministry decided to issue a showcause notice to the IOA and has said all ties will be cut with the national olympic body until Kalmadi and Chautala (pictured) are?removed. Photograph:( DNA )

Tainted former Indian Olympic Association (IOA) president Abhay Singh Chautala has hit back at sports minister Vijay Goel for his criticism of former's appointment as life president of the national Olympic body, and insisted that he would not step down from the post unless the International Olympic Committee disputes his elevation.

I will leave my position in IOA if IOC gives ruling against my holding the honorary post.President,IOA is likely to take it up soon with IOC

Goel had on Tuesday criticised the IOA for making the tainted duo of Suresh Kalmadi and Chautala life presidents, saying that the move was "totally unacceptable" as both of them were facing serious criminal and corruption charges.

After sports minister Vijay Goel called the appointments 'totally unacceptable', Kalmadi decided to step down from the post

As per sources, the decision to appoint Chautala and Kalmadi as life presidents was unanimous. A resolution was moved by Joint Secretary Rakesh Gupta and a total of 150 people, who were a part of the meeting in Chennai, agreed to it.

The Sports Ministry on Wednesday decided to issue a showcause notice to the IOA and has said that all ties will be cut with the national Olympic body until Kalmadi and Chautala are removed.

Reacting to this, Chautala said, "With what authority he has sent a showcause notice to the IOA? IOA is not a subordinate body of the government. It is an independent body. No one can ask such questions from the IOA. They cannot send such a notice to the IOA."

Kalmadi has voluntarily decided to step down from the post, confirmed his counsel Hitesh Jain.

"Voluntarily he is stepping down and will not hold the post till his name is not cleared by court," Jain told ANI.Chautala, the Indian National Lok Dal (INLD) leader, however said that he won't step down from the post.

"Baseless things are being said. A conspiracy is being hatched to malign the image of sports. I won't step down at any cost till these things are exposed," he said.Kalmadi has been facing corruption charges for misappropriation of funds during the hosting of 2010 Commonwealth Games in New Delhi.

He served as the IOA president from 1996 to 2011 and was jailed for 10 months for his involvement in the 2010 Delhi Commonwealth Games corruption scandal but later released on bail.

Meanwhile, Chautala was earlier this month certified as the chief of the Haryana Olympic Association (HOA) by the IOA.

Chautala served as the president of the IOA from December 2012 to February 2014 when the IOA was suspended by the International Olympic Committee (IOC) for fielding charge-sheeted candidates at the elections.

His election as IOA chief was annulled by the IOC.Only after the IOA Constitution was amended to ensure that charge-framed candidates are not allowed to contest elections, the IOC revoked the suspension on IOA in February 2014.