Century against Australia 'one of my top innings in Test', says Cheteshwar Pujara 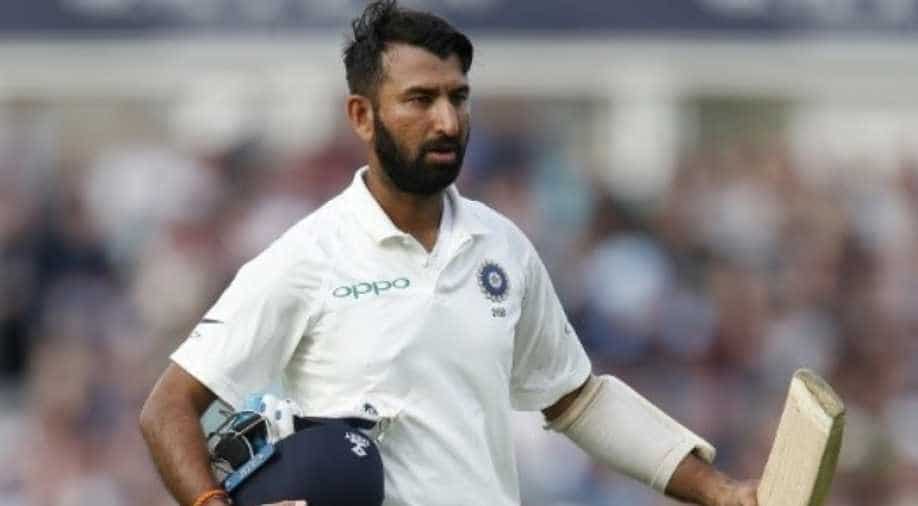 Pujara took the driver's seat and played some magnificent shots to reach his first Test century on the Australian soil and 16th Test ton in total.

Indian batsman Cheteshwar Pujara on Tuesday played one of his finest innings in Tests to save India from drowning as the team, at a point, was reduced to 86 runs for the loss of five wickets by the Australian bowlers.

Pujara took the driver's seat and played some magnificent shots to reach his first Test century on the Australian soil and 16th Test ton in total.

The 30-year-old batsman compiled 123 runs in hot and difficult conditions at Adelaide Oval to help India stay alive in the first of the four-Test series with 250-9 at stumps.

As wickets kept falling around him, Pujara's one of the remarkable inning had him hit seven boundaries and two sixes in his 246-ball stay at the crease.

When asked what this century means for him, he said, "It means a lot, but I would also like to say that people say that I've scored more runs in India. But at the same time you need to look at the number of matches we play in India. So I will obviously score runs there."

The right-handed batsman, who is playing his 65th Test, was going strong before being run out attempting a quick single on the second-last ball of the day by a diving Pat Cummins.

The batsmen felt disappointed but said he felt the single was necessary.

"I was a bit disappointed but I had to take that single because only the last two balls were left and I thought I should be on strike, so I took the chance but he fielded brilliantly," he explained.

He went on to add that this innings proved he was as comfortable scoring runs overseas as at home.

"At times I've had bad phases playing overseas but I still feel very confident when it comes to different conditions.

"Playing county cricket has helped me a lot, and playing in England conditions are always challenging and when you come to Australia you know that it is slightly better.

"And as I said, I had a pretty decent time to prepare before this Test series."

India will start the second day tomorrow with Mohammed Shami and Jasprit Bumrah on the crease.