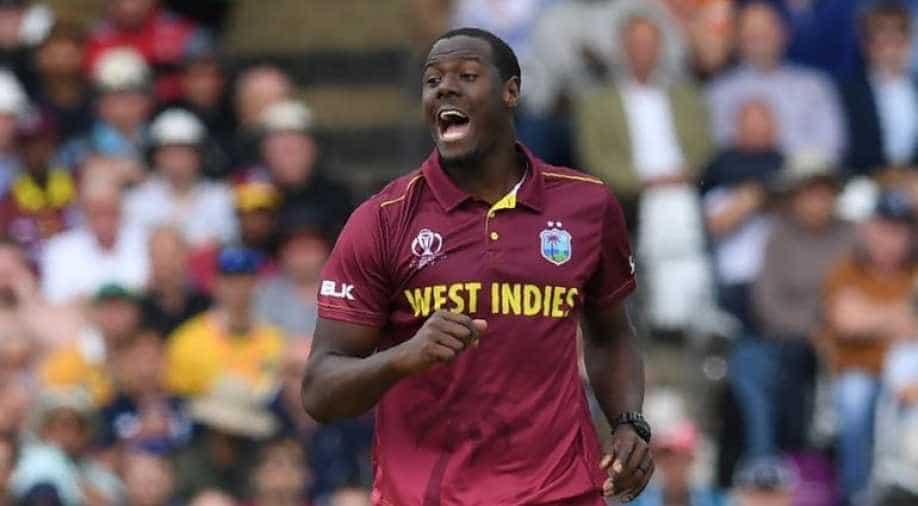 Despite their early exit, the emergence of batsmen Shai Hope, Nicholas Pooran and Shimron Hetmyer have made Caribbean fans optimistic about the team's future

West Indies should follow England's example to return stronger in the next World Cup, all-rounder Carlos Brathwaite said after the two-time champions exited the tournament with only two victories from nine matches.

Jason Holder and his men entered the tournament as a potential dark horse but blew hot and cold in between wins in their opener against Pakistan and their final match against Afghanistan.

Despite their early exit, the emergence of batsmen Shai Hope, Nicholas Pooran and Shimron Hetmyer have made Caribbean fans optimistic about the team's future.

Brathwaite wants them to imitate England who have transformed themselves after crashing out of the 2015 World Cup, acquiring an array of stroke makers who routinely help the team to 300-plus totals.

"As a team, we need to regroup," Brathwaite, who nearly pulled off a thrilling victory against New Zealand with a spectacular century, told reporters.''

"We have some time off, some aching bodies will get time to recuperate and then it's about finding ways and combinations to compete and win series.''

"Hopefully we can take that winning mentality into the next World Cup. If you look at 2015 and what England did after the World Cup, they have built straight up to the 2019 World Cup and it's paying dividends," Brathwaite said.

England, who entered the tournament as the top-ranked ODI team but have since slipped to the second place, have joined Australia and India in the semi-finals with New Zealand set to complete the last four line-ups.

"I don't know off the field what the plans are for the 2023 World Cup but I think it's something we need to look at and build towards that," Brathwaite said.

Overall, the all-rounder said, it was an experience that West Indies must capitalise on to return stronger as a team.

"There is disappointment in the changing rooms at not making the final four but we're thankful for the good performances," he said.

"(Quick) Sheldon Cottrell had a fantastic tournament and at times like these, it's easy to let those things go missing.''

"But as a team we came together, we highlighted the guys that we thought had good performances and the guys that didn't will take the lessons and come back from it so we can start to win bilateral series leading up to the next World Cup," Brathwaite added.