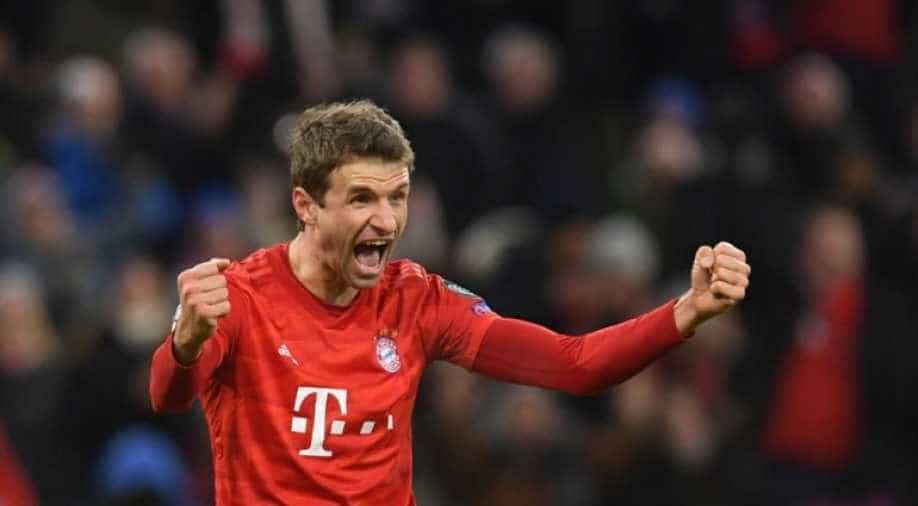 There might be no fans in the stadiums but the Bundesliga knows the world is watching and on Tuesday Bayern Munich's Thomas Mueller was part of its charm offensive.

There might be no fans in the stadiums but the Bundesliga knows the world is watching and on Tuesday Bayern Munich's Thomas Mueller was part of its charm offensive.

Because of the coronavirus pandemic the German top-flight is the only top-level game on the planet and football fans everywhere are watching.

After scoring the only goal as Bayern won a crunch match in Dortmund, Joshua Kimmich displaced Donald Trump as the top-trending subject on Twitter in the US.

Cue Bayern veteran Mueller smiling and joking as he reached out to international viewers with a post-match interview in almost faultless English.

Mueller is known in his own country as a an interviewee with a sense of humour.

After the victory, he beamed as he faced a microphone and happily showed off his German sense of humour as he talked about the length of Roman Buerki's arms and compared teenage team-mate Alphonso Davies to the Roadrunner, complete with sound effects.

Mueller described Kimmich's game-winning lob over home keeper Buerki as "having a long hang time" while miming watching the ball pass over his head.

"Roman Buerki is a great keeper but one of his strengths is that he is maybe one of two steps outside his goal because maybe he has not got the longest arms so with these one of two steps he tries to have a better angle and Joshua saw that."

The interviewer quickly asked about the impressive and pacy Canada wing-back Davies, who tracked back to tackle a counter-attacking Erling Braut Haaland in the first half.

"A player with a lot of heart and with extreme power," said Mueller, a 30-year-old Germany international. "Although sometimes he has not the best position."

"When the opponent thinks 'Oh, I have time,' 'meep, meep, meep' the Roadrunner comes and steals the ball."

Mueller was pleased with his team's display in a game in which both teams showed occasional signs of rust.

"We did a great performance. With the ball perhaps not our best, but with our heart and that's the most important thing," said Mueller, tapping his chest.

"This game is maybe the decider and we won it. It's a great feeling"

"It looks better than before."