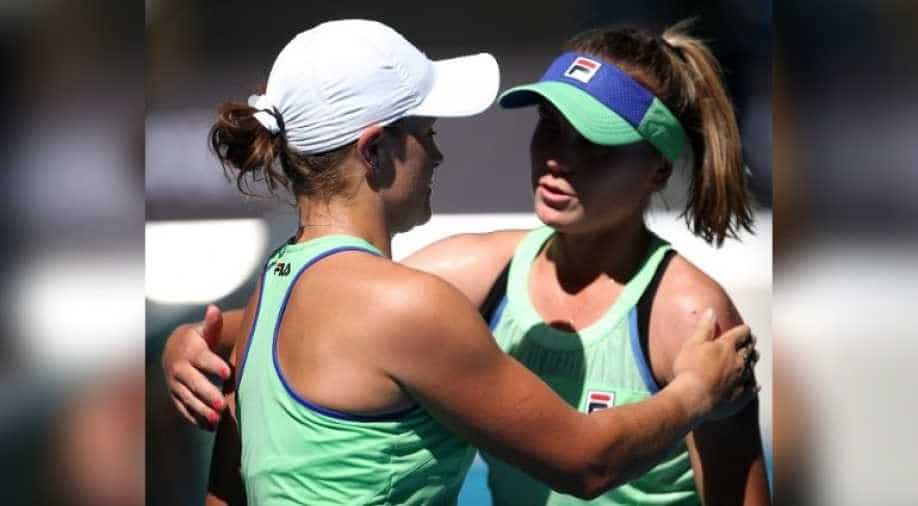 Ash Barty's dream of ending her nation's 42-year wait for a homegrown Australian Open champion lay in tatters on Thursday after the world number one crumbled on the big points in a straight-sets semi-final defeat to Sofia Kenin. The 23-year-old Queenslander beat a hasty retreat from Rod Laver Arena after losing her first Melbourne semi-final 7-6(6) 7-5, shaking her head ruefully as she walked down the player's tunnel.

While it was Kenin left to march on to the final, much of the one hour, 45-minute clash had been on Barty's terms, her artful backhand slice carving open the American time and time again.

But just as Barty looked poised to claim the first set, leading 6-4 in the tiebreak, she faltered, losing four points in a row to gift Kenin the lead.
Barty had another two chances to level when on serve at 5-4 in the second set but again could not convert. She failed to land six first serves in a row, allowing Kenin to break back, hold serve to love and then break again to seal an unlikely win. 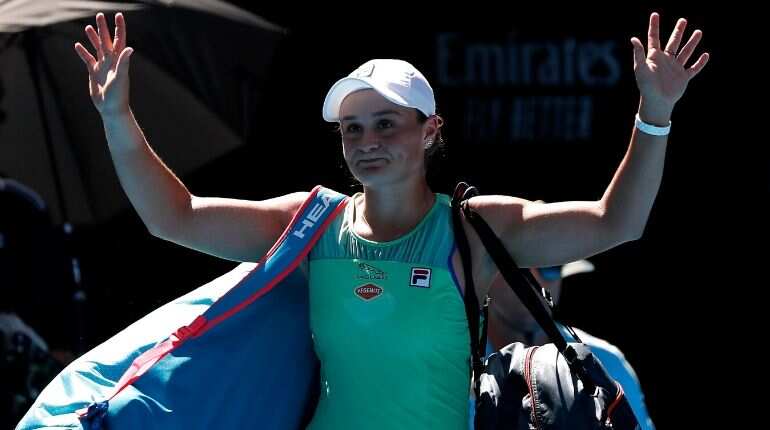 [ Australia’s Ashleigh Barty waves as she leaves the court after losing her match against Sofia Kenin (Courtesy: Reuters) ]

As French Open champion and world number one, home fans had inevitably hoped for more from Barty but she made no apologies as she came into her post-match media conference cradling Olivia, her baby niece. The three-month-old, occasionally gurgling and fidgeting, was a reminder that life goes on, yet there was a touch of defensiveness about Barty as she looked up at a room full of reporters and muttered: "Righto, here we go."

Barty gave credit where credit was due, praising the performance of the 14th seeded American, and acknowledged she had not played the big points well. But the occasion had not got to her, she said. "Not at all. I've been in a Grand Slam semi-final before. Yes, it's different at home," she said. "I enjoyed the experience. I love being out there. I've loved every minute of playing in Australia over the last month. "I could have had an opportunity to go one more match, but we didn't quite get that today."

Barty is hardly the first home favourite to suffer disappointment at Melbourne Park. Since Chris O'Neil claimed the women's tournament in 1978, world number ones and Grand Slam champions alike have gone close but fallen short.

Twice Grand Slam winner Lleyton Hewitt's trip to the 2005 final, where he was beaten by Marat Safin, remains the nearest miss in the modern era. Barty, still early in her career, should have plenty more chances to break the drought and said she had already learned plenty about being world number one at a home Grand Slam.

"I won't wait a year to put those (lessons) into practice," she said. "I'll put those into practice next week. The next time I walk out on the court, the next time I wake up in the morning, every experience you need to learn from. I've done that. "I can't wait to get started for the rest of the year. I feel like it's going to happen pretty quickly and we're going to be back sitting at this table with an Australian summer next year."