Hafiz Saeed will be released from house arrest if govt does not submit evidence: Pakistan court 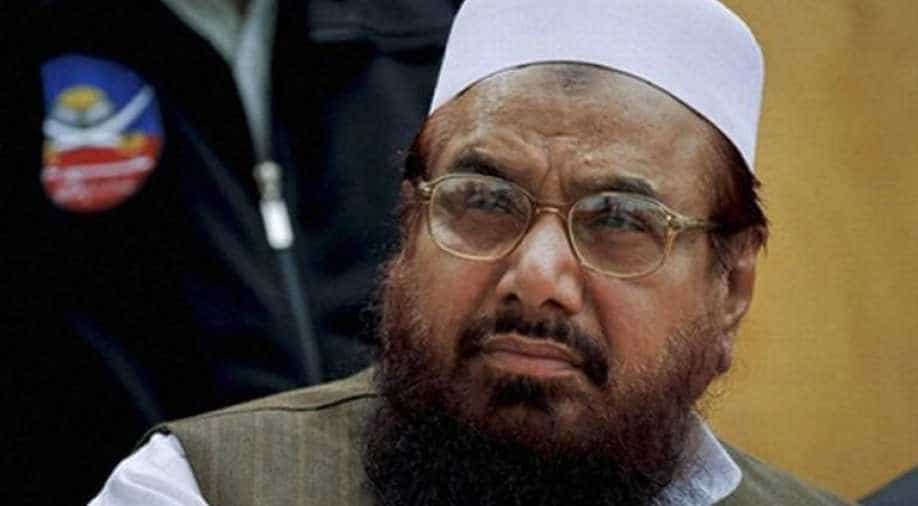 Saeed and his four aides - Abdullah Ubaid, Malik Zafar Iqbal, Abdul Rehman Abid and Qazi Kashif Hussain - have been placed under house arrest in Lahore under the anti-terrorism act. || ||The JuD has been declared as a foreign terrorist organisation by the United States in June 2014. ||

Mumbai attack mastermind Hafiz Saeed's house arrest will be set aside if the Pakistan government does not submit evidence against him, a top court here has warned.

Saeed, the Jamaat-ud-Dawa chief, is under house arrest since January 31.

The Lahore High Court (LHC) yesterday heard a plea against his detention. The interior secretary was supposed to appear before the court along with complete record of the case related to his detention along with four others.

Irked by the absence of the interior secretary during the proceedings, the LHC observed that "no citizen can be detained for an extended period on the basis of merely press clippings".

"The conduct of the government shows it has no substantial evidence against the petitioners. The detention of the petitioners will be set aside if no concrete evidence is presented before the court," Justice Syed Mazahar Ali Akbar Naqvi said.

Another official of the interior ministry accompanied by a deputy attorney general told the court that the secretary could not attend the proceedings due to unavoidable official responsibilities in Islamabad. The law officer sought time to file a reply to the petition.

Justice Naqvi regretted that an army of officers was assigned to protect one government personality but not a single officer was available to assist the court.

Saeed's advocate A K Dogar argued that the government detained the JuD leaders on the basis of apprehensions and hearsay. He said under the law no presumption and assumption could give rise to any apprehension unless it was supported by evidence.

Punjab government had already told the court that activities of JuD leaders, if released, would pose a great threat to public safety and can cause a breach of public order.

Saeed and his four aides - Abdullah Ubaid, Malik Zafar Iqbal, Abdul Rehman Abid and Qazi Kashif Hussain - have been placed under house arrest in Lahore under the anti-terrorism act.

On September 25, the house arrest of Saeed and others was extended for another 30 days by the Punjab government.

The JuD has been declared as a foreign terrorist organisation by the United States in June 2014.

The US has announced a $10 million bounty on Saeed's head for his role in terror activities.