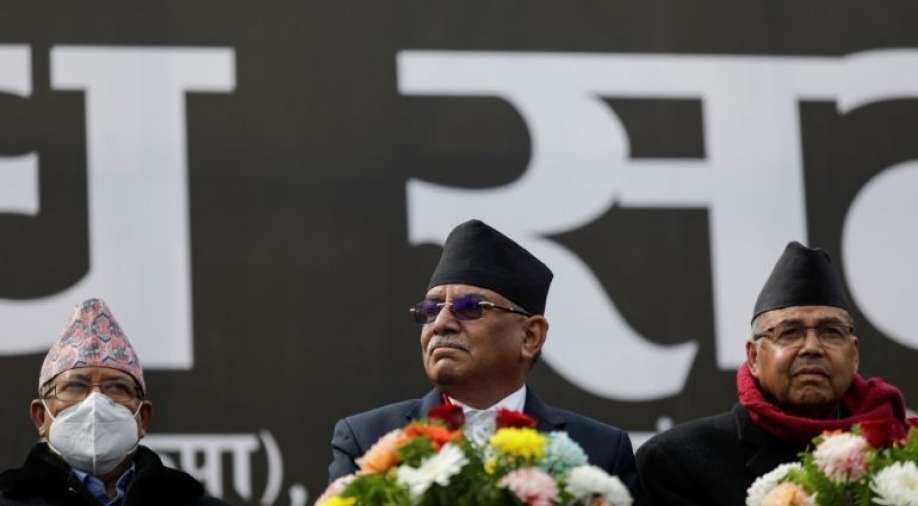 Nepal plunged into a political crisis on December 20 after Oli, in a surprise move, recommended dissolving the 275-member House, amidst a tussle for power with the chairman of the Nepal Communist Party's (NCP) splinter faction led by Prachanda

The Nepal Communist Party's splinter faction led by Pushpa Kamal Dahal 'Prachanda' on Sunday announced a fresh agitation programme against the dissolution of the House of Representatives by Prime Minister KP Sharma Oli.

Nepal plunged into a political crisis on December 20 after Oli, in a surprise move, recommended dissolving the 275-member House, amidst a tussle for power with the chairman of the Nepal Communist Party's (NCP) splinter faction led by Prachanda.

The faction led by Prachanda and Madhav Kumar Nepal announced fresh agitations against the dissolution of the House of Representatives.

During a press conference on Sunday, the struggle committee led by the leader of the faction Narayan Kaji Shrestha said a human chain will be formed on February 19 around Tundikhel Open Ground in Kathmandu as a symbolic protest against the House dissolution and corruption.

The protest rallies will be staged in various districts across the country including capital city Kathmandu from February 17 to 24. The party will also launch a campaign to collect signatures against the dissolution from February 19 to 27 at various public places.

The agitating faction had earlier staged protests from January 26 to February 10 under the third phase of protests against the dissolution of the House.

Defending his move to dissolve Parliament, Oli recently said some leaders tried to obstruct the functioning of his government and he had no other alternative other than seeking a fresh mandate.

?As some leaders tried to make Parliament defunct and obstruct the government's functioning, I was compelled to go for the fresh mandate. Such a situation was created in which the government was unable to move forward, which prompted us to go for elections,? he said on February 5.

Following the House dissolution, both the factions of the party, one led by Prachanda and the other by Oli have been staging public meetings and mass rallies across Nepal to show their strength.

Both Oli and the rival group claim to control the Nepal Communist Party and the issue is being disputed at the Election Commission. The rival faction even announced that it had ousted Oli from the party at a meeting last month.

Oli-led CPN-UML and Prachanda-led NCP (Maoist Centre) merged in May 2018 to form a unified Nepal Communist Party following the victory of their alliance in the 2017 general elections.