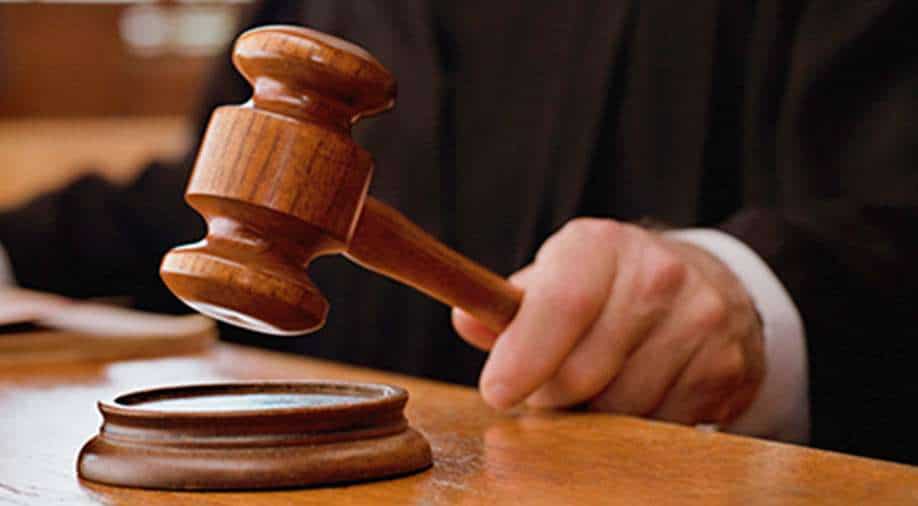 A judge with gavel in court (representative Image). Photograph:(Twitter)
Follow Us

"There is a building control authority, [but you can] give [them] money and do whatever you like. There is no government in Sindh," observed the judge.

Pakistan's Chief Justice Gulzar Ahmed lashed out at the Sindh government over unauthorised constructions and encroachments on public spaces and said that the provincial government is being run from Canada. Daily Times reported that while hearing of a case relating to the construction of a tower on Shahrah-e-Faisal, the chief justice remarked that one Younus Memon was running the affairs of provincial government from Canada.

"If you can`t clean a nullah, how can you run a province," asked Chief Justice, irked at the Sindh government for not paying attention to Karachi`s civic issues.

"There is a building control authority, [but you can] give [them] money and do whatever you like. There is no government in Sindh," observed the judge.

The court also asked the advocate general of Sindh what the provincial government will do to ensure these practice are kept in check. The top judge said that a parliamentary form of government is a strong one but reiterated that when such was the state of affairs that a provincial government cannot clean a nullah (watercourse), how will it run an entire province.

"We gave the orders to clean the nullah over a year ago yet there seems to be a new excuse every day," he said.The chief justice spoke about the city`s main artery, Shahrah-e-Faisal, saying that it has never declined in width but has only grown.

"The service roads on both sides have encroached, it further reported.Justice Gulzar noted and said Rs 2.6 trillion were allocated for an education project that was started in 2014 and was finished in 2017. He also observed that Rs 1.5 trillion have been set aside for reverse osmosis plants yet people in Tharparkar are dying of thirst.He said authorities should decide what to do about the city`s civic issues and added that when authorities pass budgets, they allocate funds for themselves, not for the welfare of the people.

He also slammed the railways ministry and secretary of Pakistan Railways over frequent accidents and poor functioning of railways and urged the Prime Minister to take steps to improve the railways and also look into the recent irresponsible statement of the railways minister, who said he was willing to resign if it would cover the losses and casualties in the Ghotki train accident.

The court was hearing civil miscellaneous applications (CMAs) filed against the apex court`s decisions on a petition seeking its intervention to get the amenity plots vacated from `land mafia and political parties` in the city.