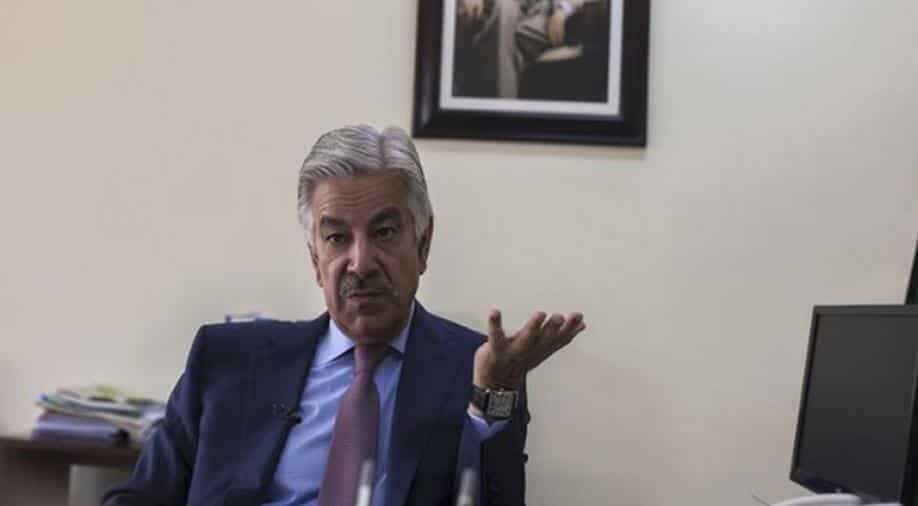 Khawaja Mohammad Asif has warned India against launching a surgical strike on the country's nuclear installations ||He said if that happens, nobody should expect restraint from Islamabad ||

"Yesterday, the Indian Air chief said we will hit, through another surgical strike, Pakistan's nuclear installations. If that happens, nobody should expect restraint form us. That's the most diplomatic language I can use," the Dawn quoted Asif as saying at the US Institute of Peace in Washington.

Asif urged Indian leaders not to consider such actions as it could lead to disastrous consequences.

"IAF is prepared to fight at short notice in full synergy with other two sister services, should the need arise," Air Chief Marshal Dhanoa had said at a press conference in New Delhi on Thursday.

Earlier, Asif, who is on a three-day official visit to the US, met US National Security Adviser Gen H R McMaster and Secretary of State Rex Tillerson.

During the meeting, Pakistan foreign minister informed Tillerson that Islamabad pursued "zero-tolerance and indiscriminate approach" in its campaign against "all terrorist and militant groups", Pakistan daily newspaper Dawn reported.