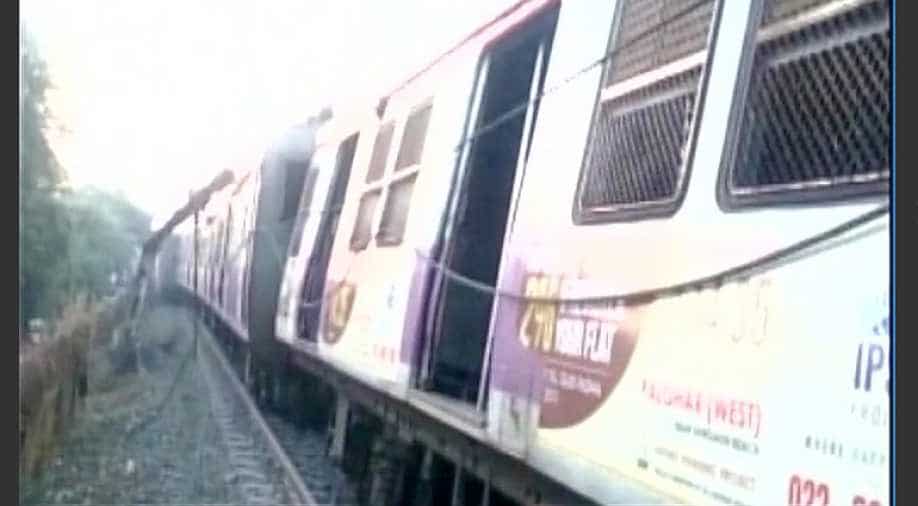 Central Railways has asked the local municipal corporation to run extra buses to try and lessen the inconvenience caused to passengers. Photograph:( ANI )

At least five coaches of the Kurla-Ambernath local train derailed between Kalyan-Vitthalwadi at around 5:53 a.m. today.

No injuries have been reported so far.

The services on Kalyan-Karjat route have been temporarily suspended.

The Central Railways has requested local Municipal Corporation to run extra buses between Kalyan and Ambernath to reduce the inconvenience caused to the daily passengers.

This comes a day after coaches of the 12987 Sealdah-Ajmer Express went off track when the train was crossing a bridge over a dry canal, nearly 70 km from Kanpur.

Two coaches toppled off the bridge and fell into the canal bed.