India-Bangladesh border to be completely sealed by 2018: Rajnath Singh 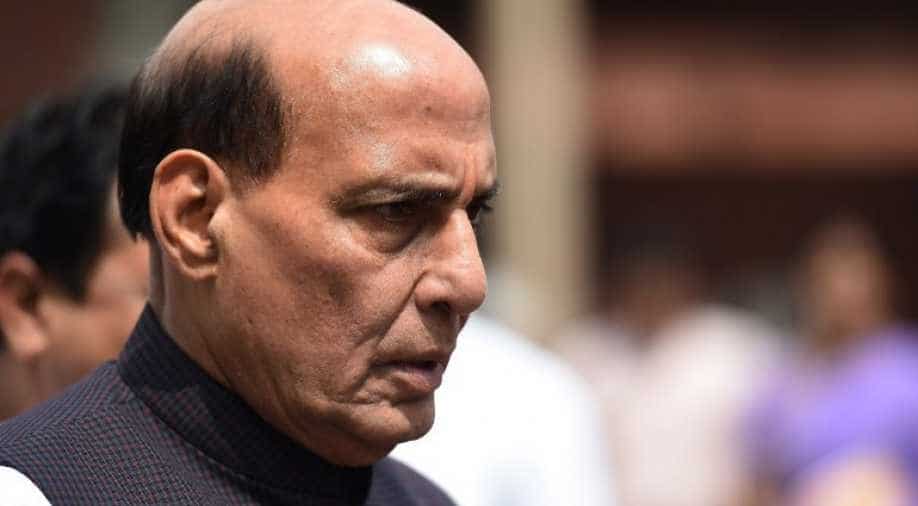 Union Home Minister Rajnath Singh today said the security of the more than 200-kilometre-long Indo-Bangladesh border was a priority for the BJP government and it will be completely sealed in the next year and a half.

"We are committed to sealing the 223.7-km Indo-Bangladesh border and the process is on. It is expected to be completed within the next year and a half," Singh said addressing BJP workers here.

"Bangladesh is our neighbouring country and we share a good and warm relation, which we will continue to pursue and remain committed to in the future," he said.

The Union minister, without referring to the issues of illegal migration and granting of citizenship to Hindu refugees, assured the people of Assam that the BJP was committed to protecting the interests of the state's indigenous population, as per Clause 6 of the Assam Accord.

"We are committed to Clause 6 of the Assam Accord and will protect it even if we have to amend the Constitution," he said.
Referring to the updating of the National Register of Citizens (NRC) in Assam, Singh said the process is underway and the state government should complete it soon.

The Union minister said the Centre will make no compromise on the issue of insurgency as he claimed that violence has considerably come down in the state.

"If any people or group have any grievances, problems or issues, we are ready to talk to them...we are ready to embrace them and talk. But if there is violence, there will be no compromise," he added.