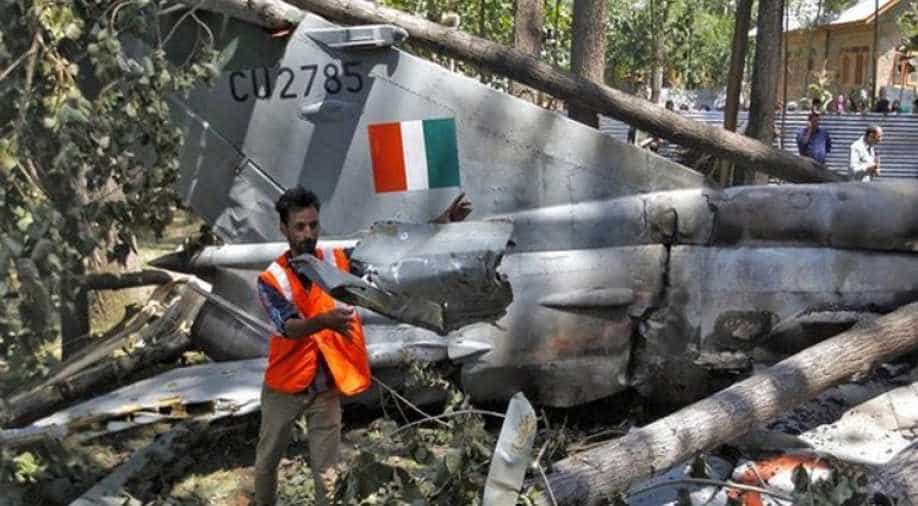 The wreckage of the missing SU-30 jet was found close to the last known position of the aircraft, 60 kms north-west of Tezpur in Assam. Photograph:( ANI )

IAF ordered court of inquiry into the Sukhoi jet accident ||The wreckage of the jet was found today 60 km from Tezpur in Assam ||The Su-30 MKI jet had gone missing on Tuesday ||The jet, with two pilots on board, took off from the Tezpur Salonibari air force station for a routine training sortie

The Indian Air Force today ordered a court of inquiry into the accident involving a Sukhoi jet whose wreckage was found today 60 km from Tezpur in India's north-eastern state Assam.

The Su-30 MKI jet, with two pilots on board, had gone missing on Tuesday shortly after taking off from the Tezpur Salonibari air force station on a routine training sortie.

"A court of inquiry has been ordered to investigate the cause of the accident," said IAF spokesperson Wing Commander Anupam Banerjee.

The wreckage of the jet has been found in the thick forest about 60 km from Tezpur where it lost radar contact with the base.

"The wreckage was located today and ground parties are standing by to be airlifted to the crash site as the area is totally inaccessible," said Banerjee

"Search for flight data recorder and missing crew will be perused by the ground parties after they reach the crash site," he added.

Banerjee said search teams from the Army are attempting to reach the crash site by trekking cross country, adding that their progress is hampered due to bad weather, thick vegetation and steep gradient of the terrain.

The Su-30 jet had gone off the radar and lost radio contact about 1110 hours on Tuesday when aircraft was about 60 km from Tezpur.

The aircraft was on a routine training mission as part of a two-aircraft formation. A massive search operation was launched hours after the jet went missing.

However, incessant rain and dense clouds had hampered the search operations in air and on the ground.