Facts or no facts : Let?s out-talk the other guy 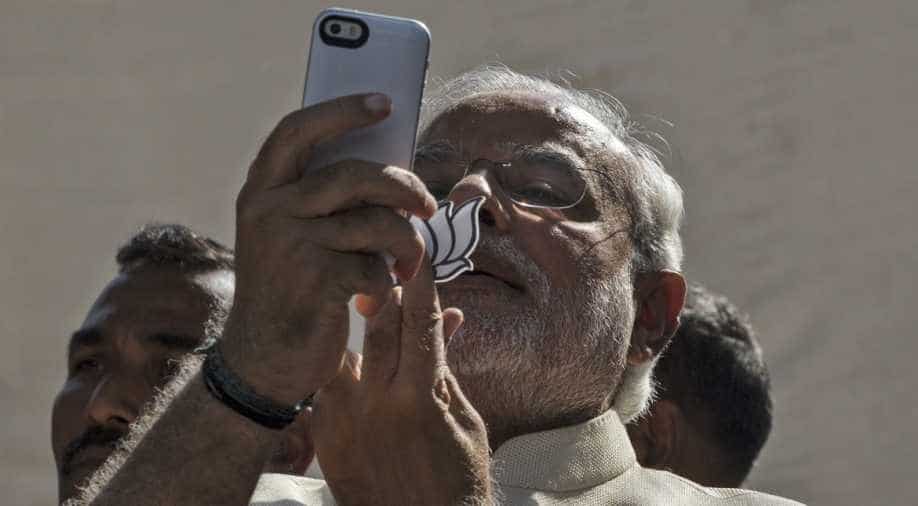 Representative picture: BJP leader Narendra Modi takes a picture of himself, his inked finger and the party insignia with his mobile phone after voting at a polling station on April 30, 2014 in Ahmedabad, India. Photograph:( Getty )

Why do Congress Vice President Rahul Gandhi and Prime Minister Narendra Modi continue to pulverise each other with trivialities, sarcasm and cherry picked facts. Is it temporary or does it represents a permanent shift in the way politicians, mainstream and social media would behave with each other? In my opinion, it is a new reality of Indian political life, and it needs to be altered before it does deep and permanent damage to India’s democratic discourse. It creates a culture to out-talk the adversary rather than engage in a dialogue, which is the most important pillar of democracy. Nations cannot turn their backs upon new technologies, but must be aware of the potential it holds to change the institution for which it is being imagined to help.

The new technology indeed liberates opinion from few and transfers it to everyone who can afford a 3G connection. It has expanded the pool of opinion makers, both geographically and class-wise. The very act has stolen the thunder from corporately structured mainstream media. It also makes mainstream media look compromised as talk on the social media is open to issue of corporate political nexus.The reduction of message to lowest common denominator, coupled with furious and repetitive messaging, makes technology used less for debate and more about putting down a rival on any trivial issue it can find.

So the larger question is how this aggressive messaging-politics will affect India. In the West it galvanised stereotypes masquerading as facts creating a minority complex within the majority. The results were on the expected line. The liberal opinion was rendered ineffective as it was criticised from the vantage point of political outsider. The accusation, whether grounded in fact or not, creates enough doubt in people to either extend or withdraw support on major issues. It solidifies the support constituency and hardens the opinion, rather than making it open to new ideas. It was best evident when Hillary Clinton lost the election because, only days before voters went to the polls, the FBI chief announced that the agency would open up a new investigation into her email scandal; the suggestion of the case re-opening confirmed her guilt for people who had been barraged with negative email messaging for months. Their minds were already so made up that the fact that she was eventually cleared of all wrongdoing, again, made no impact on their opinion.

Will this happen in India or not is a different story, but it renders certain institutional interactions compromised. The worst brunt of the redefined relationship between Rahul Gandhi and Narendra Modi because of technologically-enabled constant messaging was taken by the Parliament. Despite repeated offer of talks, both sides remained firm on their position and didn’t budge as constant messaging solidified the views of supporters, reducing political elbow room for any compromise. So instead of genuine dialogue, the political discourse has reduced itself to out-talk the other. The process of out-talk, which was limited to assembly and national elections, has extended itself to normal discourse which relies on conversation. The out-talk might have immediate benefits, like management of opinion, but it creates an unhealthy political discourse.

Robust democracies rest on structured and unstructured discussions in every space available. Technology should be used to enable this, but to expect it to act as a wise enabler would be to fool oneself; technology is inherently amoral. The moral rim sprouts from the cultural bed unique to the country where the democracy rests. If India wants to walk a different path, especially from the West--which for the past 50 years has been exporting different phobias, ranging from socialism to an absence of liberty in West Asia and now Islam--it needs to do more. Indian political actors must re-learn the art of conversation and not score partisan points by out-talking each other.

A conversation is a journey in itself, and to out-talk is to walk on a path where the end has been imagined and consumed even before the first syllable has been uttered.