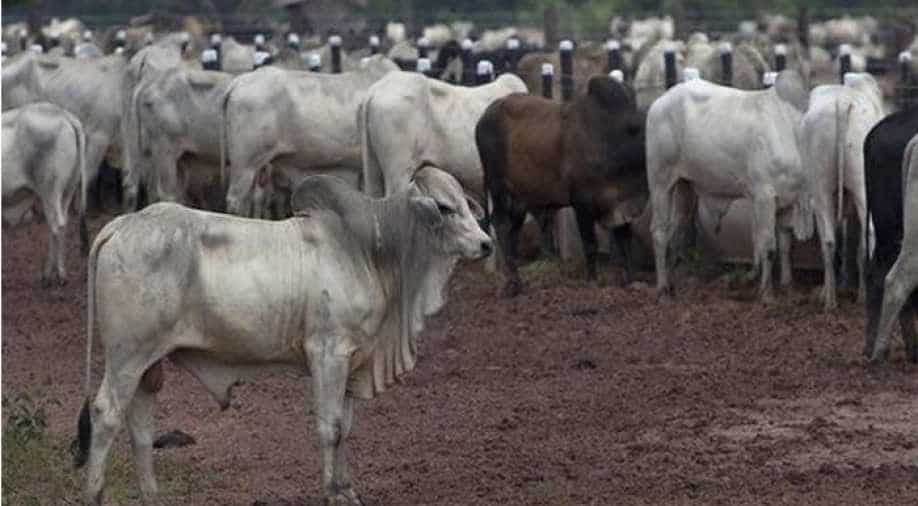 The transporters were attacked despite having legal documents to do so. (Representative image) Photograph:( Zee News Network )

A group of cow vigilantes today stopped three vehicles transporting cattle and allegedly beat the drivers and helpers on the outskirts of Guwahati despite the victims having 'valid papers' to ferry the animals.

According to a police official, a truck and two tempos were carrying the cattle near the Sonapur area of Guwahati district.

"We got the information that the members of the Hindu Yuba Chhatra Parishad's Dimoria unit have stopped three vehicles transporting cattle. We dispatched a police team which took control of the vehicles and the persons," the official told PTI over phone.

The official said the transporters had proper challans for transporting the cattle.

The truck was coming from Tinsukia in Upper Assam while the two tempos returned from the Jagiroad market, he said.

"On checking, we found that there were some irregularities in the permits of the vehicles only. We have sent the vehicles to the Transport Department for proper verification," he added.

While local TV channels aired visuals of the drivers and helpers being thrashed by the vigilantes, the police official did not confirm it.

"The drivers themselves drove the vehicles to the office of the District Transport Officer and nobody complained of any physical assault. No one has filed any complaint. We cannot confirm any assault," the official said.

Guwahati Police Deputy Commissioner (East) Mohneesh Mishra too declined to confirm the beating up of the drivers and helpers as no one filed any complaint with the police yet.

Asked if this was a case of cow vigilantism, Mishra said it was being examined.