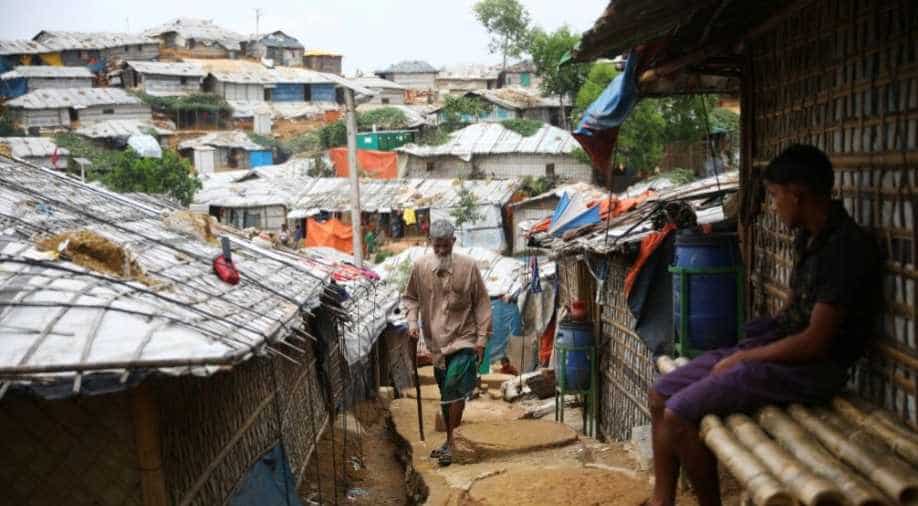 The stateless Muslim minority live in large camps in southeastern border towns, with the majority having fled Myanmar's Rakhine state in August 2017 after a military crackdown.

Dhaka has been growing frustrated with the Rohingya in Bangladesh who number nearly a million since the collapse of a recent repatriation attempt to encourage them to return home to Myanmar.

The stateless Muslim minority live in large camps in southeastern border towns, with the majority having fled Myanmar's Rakhine state in August 2017 after a military crackdown.

"Watchtowers and CCTV cameras" would also be set up to monitor activity in the Cox's Bazar district settlements, he added.

A rights activist, who asked to remain anonymous, condemned the move and said the fencing would "transform the camps into a big prison".

Refugees are already forbidden to leave the squalid camps, although their sprawling nature means authorities have been unable to police the Rohingya's movements.

Checkpoints set up on the main highways leading to the camps have stopped Rohingya and sent them back to the settlements when they try to travel to other parts of Bangladesh.

Hundreds of Rohingya found elsewhere in the South Asian nation have also been detained and returned to the camps.

Dhaka has been tightening the screws on the Rohingya amid rising impatience with their presence in the country, enacting several measures to restrict their activities in recent weeks.

These include blocking 3G and 4G mobile networks, confiscating SIM cards and mobile phones, and filing cases against hundreds of refugees for illegally obtaining citizenship cards.

Authorities say the internet ban was sparked by security fears after the Rohingya were blamed for murders and drug smuggling.

But the refugees fear they are being punished for refusing to move back to Rakhine unless their safety is guaranteed and they are given citizenship status in Myanmar.

UN experts have expressed "serious concerns" about the restrictions.