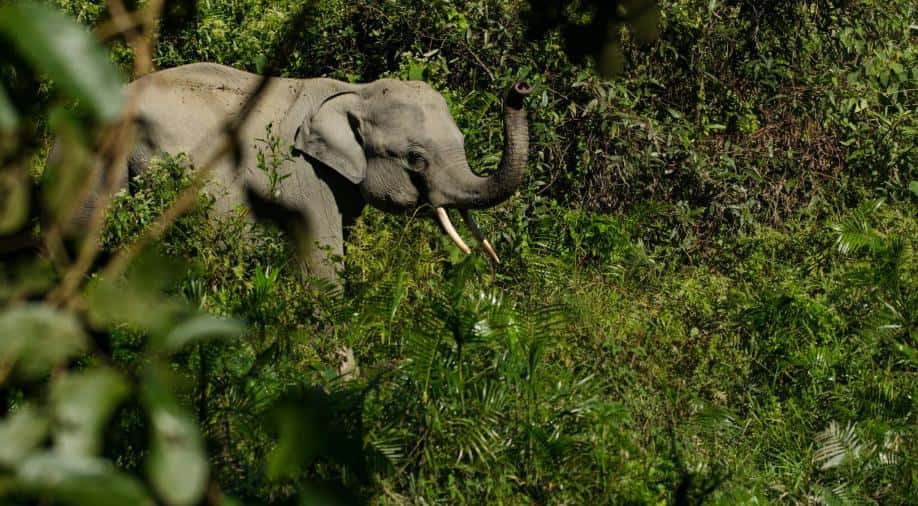 Within two weeks of Assam chief minister Sarbananda Sonwal laying the foundation of a Patanjali herbal and mega food park in the Sonitpur district of India's northeastern state, one elephant has died in the animal corridor while two others are injured.

The Rs 1000-crore project by Baba Ramdev, located in the Ghoaramari area of Assam, is supposed to generate employment opportunities in the region, the yoga guru had claimed.

The three elephants fell into a deep pit at the construction site on November 23, killing one, leaving behind its three-month-old calf grieving near her body.

According to environment activists, using this corridor, which is surrounded by the Kaziranga National Park, for industrial purposes is likely to be detrimental for the wild animals.

Herds of elephants are known to frequent the site regularly, especially during the winter, when they move from Arunachal side to the Brahmaputra river.

Patanjali was reportedly asked to put an electric fencing along their construction site so as to keep the animals away, forest department officials said.

Assam forest minister Pramila Rani Brahma of the Bodoland People’s Front – an ally of the ruling BJP government in Assam - has promised of stringent actions against people responsible for this negligence.

Authorities will file a report against Patanjali, she said.

Chief Minister Sarbananda Sonwal, while speaking to mediapersons, said that his government was in complete agreement with every initiative of the Assam forest minister.

The National Green Tribunal (NGT) in August this year had ordered the Numaligarh Refinery Limited (NFL), a public sector company to demolish a 2.2 kilometre wall that blocked an elephant corridor near the Kaziranga National Park.

Also, the militant outfit ULFA (Independent) has opposed the state government move of granting 150 acres of land to Patanjali Ayurveda while the victims of flood and erosion are yet to be rehabilitated.