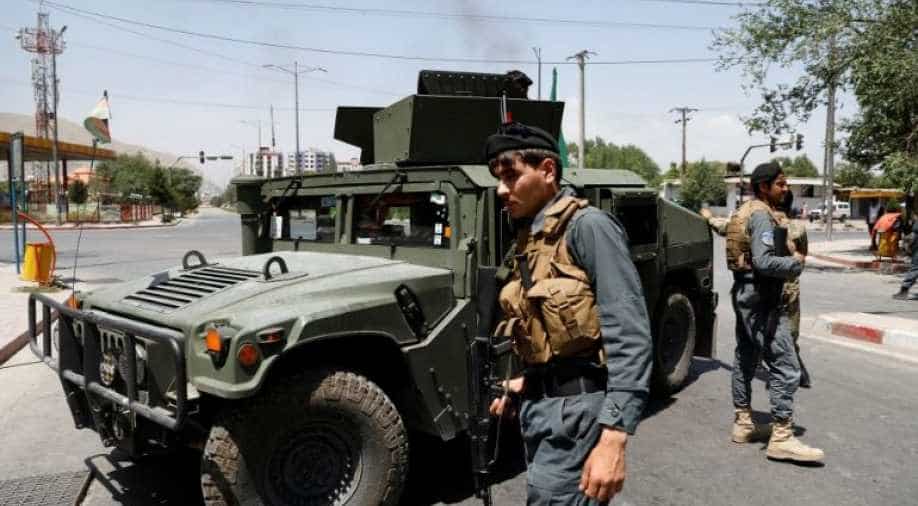 Afghan policemen stand guard near the site of a blast and gunfire in Kabul, Afghanistan July 1, 2019. Photograph:(Reuters)
Follow Us

A blast in the Afghan capital on Monday was part of an attack by Taliban fighters targeting the defence ministry compound in Kabul, the Islamist militant group said in a statement.

Afghan security forces on Monday were battling Taliban gunmen who stormed a building in the capital, Kabul, after a bomb-laden truck exploded near the defence ministry at rush hour, injuring at least 100 people, including 35 children, officials said.

For hours after the attack, sporadic gunfire and explosions could be heard in the area, cordoned off by special forces. At least three gunmen entered a building around the defence ministry after the blast, a government security official said.

"Gunmen have entered a building and they are clashing with the Afghan forces after the powerful blast," said interior ministry spokesman Nasrat Rahimi. The Taliban claimed responsibility for the attack.

Watch: A powerful explosion in the Afghanistan capital Kabul

"The target was the defence ministry's technical installation," the Islamist militants' spokesman, Zabihullah Mujahid, said in a statement. 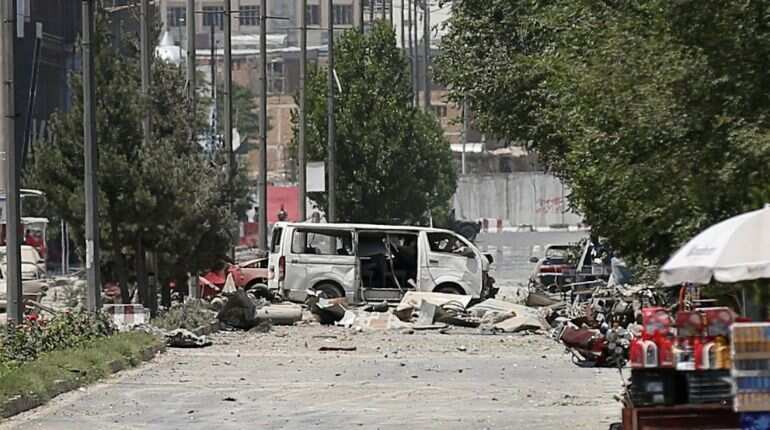 Damaged vehicles are seen at the the site of a blast in Kabul, Afghanistan July 1, 2019. (Reuters Photo)

Afghan security officials said the truck loaded with explosives was detonated near the ministry's engineering and logistics department.

About 100 wounded people were taken to hospital, said health ministry spokesman Wahidullah Mayar, but there was no immediate word of fatalities.

Thirty-five school children were wounded, said Nimatullah Hamdard, the director of a nearby private school.

The blast sent a plume of black smoke rising over the city and shook buildings as the wail of ambulance sirens rent the air.

Clustered in the area are military and government buildings, as well as an office of the Afghan Football Federation, whose spokesman, Shafi Shadab, said its chief, Yosuf Kargar, was among several members injured.

The attack comes as US special peace envoy for Afghanistan Zalmay Khalilzad holds the seventh round of peace talks with the Taliban Islamist militant group in Qatar, aimed at bringing an end to the 18-year war in Afghanistan.

The talks, described by one U.S. official as a "make-or-break moment", have focused on issues ranging from counter-terrorism and withdrawal of foreign troops to an intra-Afghan dialogue and a comprehensive ceasefire.