Afghan women fear cost of peace will be their freedom 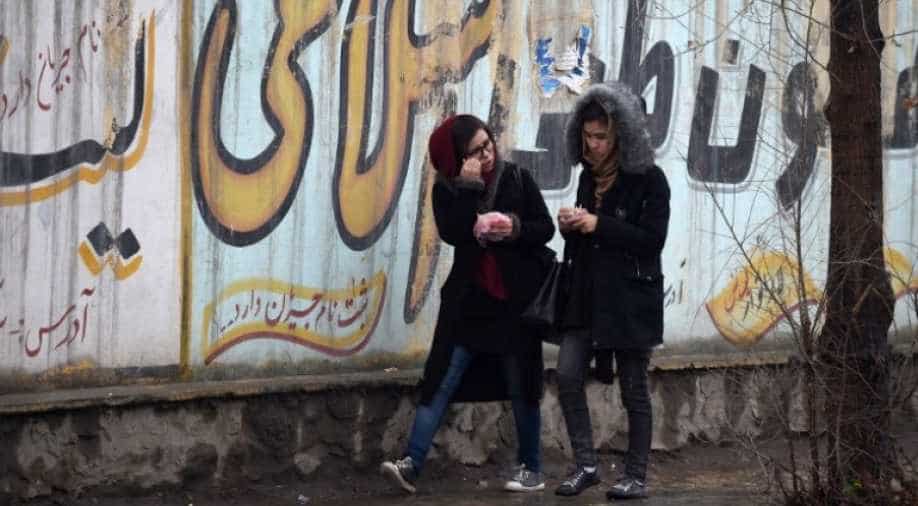 Draconian rules that once forced half the population behind closed doors —barred from education and work— have been chipped away in the nearly two decades since the US-led invasion that swept the Taliban from power.

It is naive to think the Taliban have changed their stance on women's rights, says Kabul restaurateur Laila Haidari, who like many educated Afghan women fears any peace deal between the extremists and the US could erode hard-won freedoms.

Draconian rules that once forced half the population behind closed doors —barred from education and work— have been chipped away in the nearly two decades since the US-led invasion that swept the Taliban from power.

"If they return, women will have to leave the public space," Haidari tells AFP from the restaurant she runs in Kabul, one of the few places in the capital where men and women dine together.

Haidari launched the #metooafghanistan movement which she and others hope will be a vanguard of Afghan women who can hold the line against Taliban power.

"We never want to go back. We never want to lose our freedom," says Mina Rezaee, the owner of another cafe in Kabul, where music — banned under the Taliban — plays in the background.

After six days of negotiations in Qatar, the US and Taliban have agreed on a draft framework for a deal which could pave the way for the insurgents to hold peace talks with Kabul.

With the US desperate to withdraw from Afghanistan, and the Taliban in control of vast parts of the country, it is unclear what a post-conflict government would look like.

Any participation by the Taliban, however, frightens many women.

Before being toppled by the US invasion of 2001, the Taliban governed Afghanistan for nearly five years with a strict interpretation of Shariah law.

"We still remember how hard it was to be a woman under Taliban rule," says Naweeda Bayat, a 25-year-old from central Jaghori district.

"I was a kid, but I remember they burned our school right in front of our eyes."

The government in Kabul controls less than two-thirds of the country, according to a US estimate — and in Taliban-controlled areas, nothing has changed.

"They have either burned girls' schools or don't allow women to work," Bayat says. "This tells us how they might be if they come back."

Afghan women have even more reason to worry if they are "shut out of the negotiation process, as they mostly have been," says Heather Barr, a senior women's rights researcher.

"The Taliban's attitude toward women has moderated slightly since 2001, but it is still a million miles away from the equal rights women are granted under Afghanistan's constitution," she observes.

The position of women in Afghanistan has undeniably improved since 2001.

More than 2.5 million of the eight million school children are girls, according to the UN. More than a quarter of the seats in parliament are reserved for women and in 2016 they made up nearly a fifth of the workforce.

But despite the progress — and millions spent by Western aid programmes since 2001 — Afghanistan ranks last in the Georgetown Institute for Women, Peace and Security index which measures well-being and self-reliance.

The fears of educated women in the capital are shared by those in rural areas, where the literacy rate can be less than two per cent and rights are often even more constrained by conservative tradition.

Hasina, a 32-year-old mother of one in the disputed southern province of Helmand, says she dreads going backwards.

"We are worried and afraid for our lives," she says.

"If the Taliban come back and ban schools for my children, or don't allow me to go out without my husband, this is not acceptable for me," says Nazia Rezaee, a 35-year-old in the central city of Ghazni.

Several feminist activists told AFP they believe the country has changed and Afghan women will not allow their rights to be taken away without a fight.

"Afghan women are stronger, more informed, more educated than ever, and no one, including men, will agree to return to what Afghanistan was in 1998," says Fawzia Koofi, who heads the Parliamentary Committee on Women and Human Rights.

Activist Attia Mehraban feels the same. "I dream of peace, like millions of other Afghans, but I dream more vividly of my freedom and rights as a 21st Century human being," she told AFP.

"The price of peace cannot be limitless."

Her message to the Taliban, she said, is "Afghan women have changed... If you think you can come back with the same ideology ... you are wrong, you will be facing a formidable force of well-educated Afghan women who are conscious of their rights and who will not give in to oppression."

Hosai Andar, a businesswoman in her 40s, said she could "not imagine the world would abandon us once again".