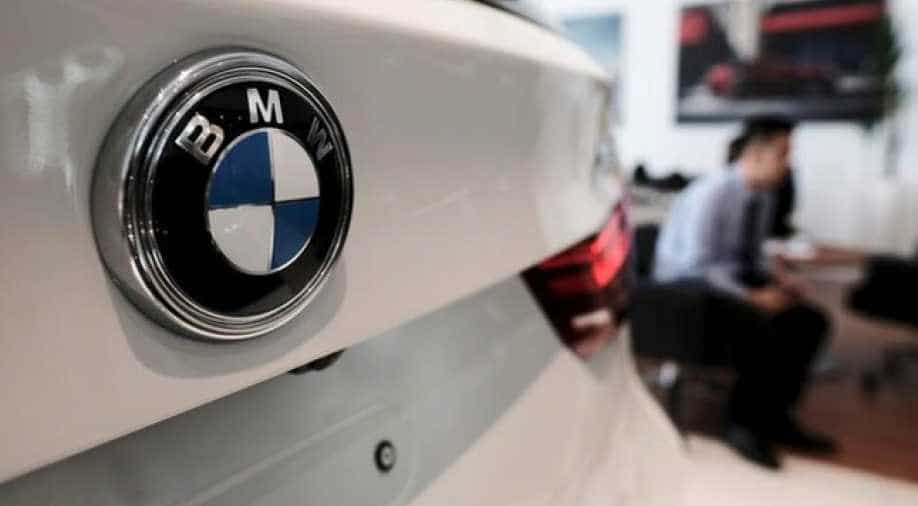 A BMW logo as seen on a BMW X5 car at a showroom in Jakarta, Indonesia Photograph:( Reuters )

Mini makes around 70 per cent of its approximately 3,60,000 compact cars at its Oxford plant in southern England.|| ||The firm's board member for sales told the electric Mini investment, likely to be worth tens of millions of pounds, would come in the next three months. ||

According to the board member of BMW, it will decide whether to build its new electric Mini car in Britain or elsewhere by the end of September. BMW attempts to continue attracting investment as it leaves the EU.

Mini makes around 70 per cent of its approximately 3,60,000 compact cars at its Oxford plant in southern England, but the car industry is concerned about the effect any loss of unfettered access to the EU, its largest export market, could have on plants after Brexit.

BMW is deciding on its English site, a plant in the Netherlands where it has built more of its conventional line-up in recent years or its Germany plants at Leipzig and Regensburg for the new low-emissions variant.

The firm's board member for sales told that the electric Mini investment, likely to be worth tens of millions of pounds, would come in the next three months and the board was currently considering a number of factors including Brexit.

"One of the elements is what is the likelihood of a tax regime and if there's a tax regime, how would it apply," Ian Robertson said at the Goodwood Festival of Speed in southern England.

"If you made the motor in a German plant and you then assembled the car in a British plant, and you took the cars back to the German market, then the duty that you would pay would be reclaimed," he said, in an example of the options companies are examining to plan for any duties or tariffs.  "The automaker is also looking into where the uptake of greener models is strongest and where the best supply chains are."

Britain could approve its first major electric battery hub in the next few weeks after officials in central England submitted proposals to ministers in May. But last month, the car industry issued its strongest warning yet on the need for politicians to strike a transitional Brexit deal after two-year talks to ensure unfettered trade is maintained.

Uncertainty has also been heightened after a snap June 8 election which left Prime Minister Theresa May without a majority and has led to ministers in her administration hinting at different versions of Britain's likely post-Brexit future.

Last year, May's administration helped secure two new models at Japanese carmaker Nissan's plant in the north of England after what a source said was a government promise of extra support to counter any loss of competitiveness caused by Brexit.

Robertson told there was an "open channel" with officials and that he had several meetings with the Brexit ministry and with business minister Greg Clark, who has visited BMW in Munich, with their teams in regular contact.

But, asked whether the government could make promises now regarding future tax or tariff arrangements as BMW neared its decision, he said he did not believe that ministers were in a position to do so.

"Any of these discussions about a guarantee, it's not possible," he said.