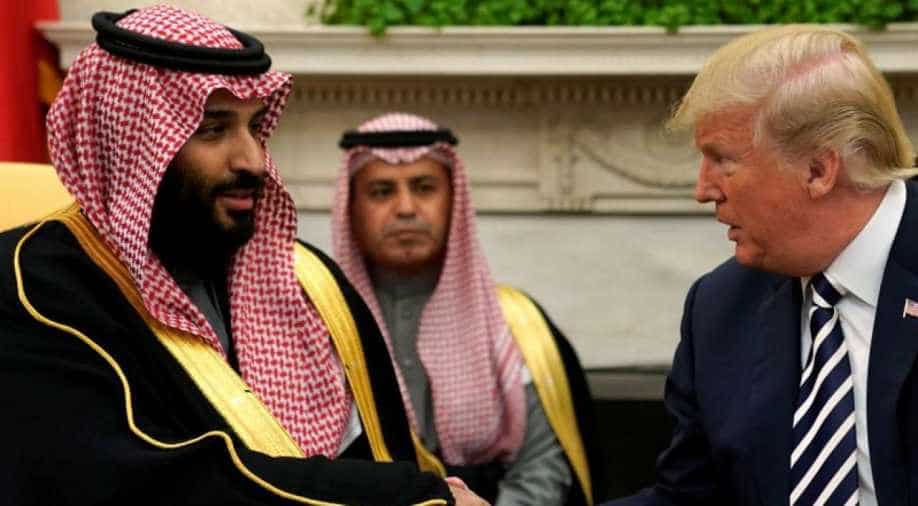 While the Trump administration has as yet not abandoned long-standing strict US nuclear export safeguards to secure a deal with Saudi Arabia, it has also not unambiguously said that it would uphold them.

When Saudi General Khalid bin Sultan bin Abdul Aziz went shopping in the late 1980s for Chinese medium-range missiles capable of carrying nuclear, chemical or biological warheads he made no bones about keeping the United States, one of the kingdom’s closest allies, in the dark.

It was “my task to negotiate the deal, devise an appropriate deception plan, choose a team of Saudi officers and men and arrange for their training in both Saudi Arabia and China, build and defend operation bases and storage facilities in different parts of the kingdom, arrange for the shipment of the missiles from China and, at every stage, be ready to defend the project against sabotage or any form of attack,” General Bin Sultan, a son of the late Saudi crown prince and defense minister, Sultan bin Abdul Aziz al Saud, and commander of the US-led international alliance that forced Iraq to withdraw from Kuwait in 1991, recounted in his memoir.

The incident coupled with more recent Saudi statements and the kingdom’s inability to present from the outset a credible and sustainable version of events surrounding the killing of journalist Jamal Khashoggi on the premises of its Istanbul consulate is complicating its negotiations with the United States for the acquisition of designs for nuclear power plants, a deal valued at up to $80 billion depending on how many Saudi Arabia ultimately decides to build.

Prospects of a massive deal go to the heart of US President Donald J Trump’s jobs and deals-focussed America First policy. Yet, growing criticism and distrust of Saudi Arabia in the US Congress and intelligence community as a result of the Khashoggi crisis and the kingdom’s handling of the Yemen war that has sparked the world’s worst humanitarian crisis since World War Two are likely to strengthen efforts to thwart an agreement that honours Saudi insistence on producing its own nuclear fuel, even though it could buy it more cheaply abroad.

The Saudi insistence has fuelled concerns that the kingdom may divert their fuel for military purposes. Those kinds of fears coupled with Iran’s ballistic missile program drove world powers to first sanction Iran and then conclude a 2015 international agreement that curbed Iran’s nuclear program. Trump withdrew from the agreement earlier this year, charging that it did not provide sufficient guarantees that Iran would not be able to develop a nuclear weapon.

Democrats in the US Congress have described refusing to sell Saudi Arabia nuclear technology as proper punishment for the killing of Khashoggi that the kingdom insists was done without the knowledge of Crown Prince Mohammed bin Salman.

While the Trump administration has as yet not abandoned long-standing strict US nuclear export safeguards to secure a deal with Saudi Arabia, it has also not unambiguously said that it would uphold them.

Like with his rejection of hard-hitting sanctions in the wake of the Khashoggi killing, Trump is likely to ultimately argue that if the United States does not conclude a nuclear deal with Saudi Arabia, countries like China, Russia and South Korea, that have less strict controls will. The argument amounts to the equivalent of committing a wrong because if one doesn’t, someone else will.

Saudi officials have repeatedly insisted that the kingdom is developing nuclear capabilities for peaceful purposes such as medicine, electricity generation, and desalination of sea water. They say that Saudi Arabia is committed to putting its future facilities under the supervision of the International Atomic Energy Agency (IAEA).

Yet, with a $56 billion military budget for 2018, Saudi Arabia is stepping up the development of a domestic military industry. The kingdom aims to source 50 per cent of its military procurement domestically by 2030, up from its current two per cent.

Speaking to CBS earlier this year, Prince Mohammed appeared to put conditions on Saudi nuclear assurances by warning that “Saudi Arabia does not want to acquire any nuclear bomb, but without a doubt, if Iran developed a nuclear bomb, we will follow suit as soon as possible.”

In putting forward  demands for parity with Iran by getting the right to controlled enrichment of uranium and the reprocessing of spent fuel into plutonium, potential building blocks for nuclear weapons, Saudi Arabia was also seen as potentially backing away from a 2009 memorandum of understanding with the United States in which it pledged to acquire nuclear fuel from international markets.

Nuclear energy cooperation was one of a host of agreements concluded last year by Saudi Arabia and China during a visit to Beijing by Saudi King Salman. The agreement included a feasibility study for the construction of high-temperature gas-cooled (HTGR) nuclear power plants in the kingdom as well as cooperation in intellectual property and the development of a domestic industrial supply chain for HTGRs built in Saudi Arabia. The HTGR agreement built on an accord signed in 2012 that involved maintenance and development of nuclear power plants and research reactors, as well as the provision of Chinese nuclear fuel.

A report by the Washington-based Institute for Science and International Security (ISIS) released shortly after the king’s visit warned that the 2015 Iran nuclear agreement had “not eliminated the kingdom’s desire for nuclear weapons capabilities and even nuclear weapons.”

Much like the era of General Bin Sultan, potential Chinese sales to Saudi Arabia of ballistic missiles and cruise missiles remain one of the murkier areas of Sino-Saudi military cooperation.

Saudi Arabia in 2014 showcased Chinese-made Dongfeng-3 missiles that have a range of up to 5,000 kilometres. Media reports said the missiles had been purchased in 2007, possibly with US acquiescence.

“Saudi Arabia has invested heavily in conventional ballistic and cruise missiles to provide the kingdom a shot of strategic deterrence,” said non-proliferation expert Jeffrey Lewis. Lewis’ conclusion was confirmed by Anwar Eshqi, a retired Saudi major general and advisor to the Saudi military.

“The Saudi military did indeed receive DF-21 missiles from China and the integration of the missiles, including a full maintenance check and upgraded facilities, is complete, “ Eshqi said referring to the People’s Republic’s East Wind solid-fuel, medium-range ballistic missile.