Not just a Narendra Modi wave, it was a leadership wave that dominated Lok Sabha elections 2019 results 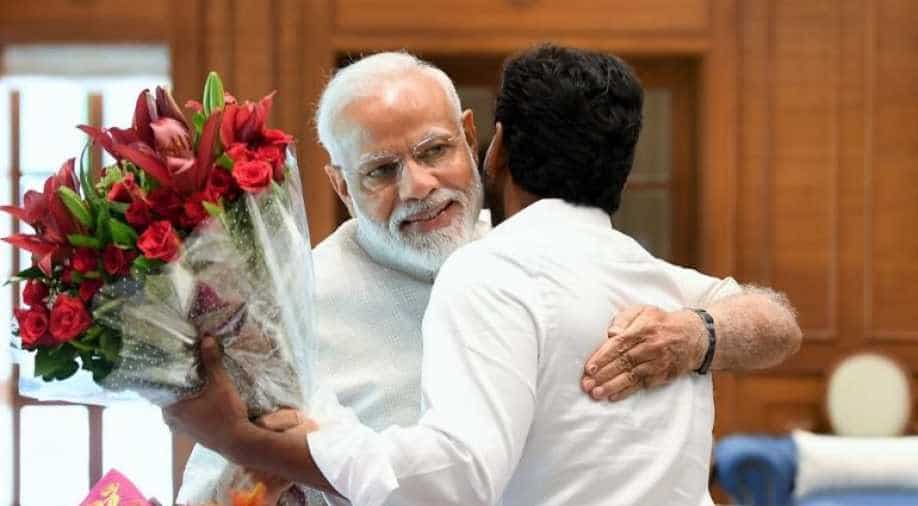 Naveen Patnaik, Jagan Mohan Reddy and Stalin exuded positive energy and a capacity to govern - despite their individual differences. These men in that sense were just like Narendra Modi.

It would be stating the obvious in noting that there was a Modi wave in the landslide win for the Bharatiya Janata Party (BJP) in this year's general elections. While there is little doubt that the political genius of Prime Minister Narendra Modi and the awesome reach of the BJPs political machinery led by party chief Amit Shah was important as I have tried to explain in another piece, there was more to it than meets the eye. It had something to do with the national mood. In the growth of any plant, the seed, the water and the fertiliser are important, but so is the soil. I like to think that the national mood is comparable to the soil.

Electoral politics a complex business in which parties and leaders try to capture a number of factors and feelings in a manner that results in the pressing of a single button by a single voter on one symbol in a mammoth nationwide exercise. That makes predictions difficult. But post-facto analysis often reveals interesting patterns. My own take is that there this year, there was something in the national mood that favoured not just Modi but others who had qualities similar to him. I would like to say that this year's Modi Wave was a subset of a nationwide "leadership wave" in which the parties that did well were those perceived to have strong leaders - not in the political sense but in the sense of administrative capabilities. This requires a strong (and strange) mix of decisiveness, empathy and concern for issues.

Now, let's look at who were those other than the BJP who did reasonably well in terms of the seats won as a share of seats in which they were in the reckoning. The final results table shows the DMK won 23 seats out of 39 in Tamil Nadu, the Biju Janata Dal 12 seats out of 21 in Odisha, the All India Trinamool Congress with 22 out of 42 in West Bengal and the YSR Congress 22 out of 25 in Andhra Pradesh did remarkably.

Odisha Chief Minister Biju Patnaik and Andhra Pradesh's YSR Congress leader Jagan Reddy steered clear of both the NDA and UPA and yet showed a creditable performance and managed to contain the Modi wave sweeping the country. DMK's MK Stalin had the power of the Dravidian ideology and a strong party organisation backing him, but, like Patnaik and Reddy, he worked hard to tower as the strongest local leader with an active interest in local issues.

My contention is that these leaders could work some magic because, despite their differing styles, they moved empathetically among local people and dealt with local issues in an articulate manner.

Trinamool's Mamata Banerjee was up against difficult factors such as illegal infiltration on the state border that helped the BJP's Hindutva politics. Her own militant style also worked against her but at the same she has shown strong administrative capabilities as a chief minister. However, like Delhi Chief Minister Arvind Kejriwal of the Aam Aadmi Party, she showed signs of vulnerability because she played the victim rather than project herself as a master.

Patnaik, Reddy and Stalin exuded positive energy and a capacity to govern - despite their individual differences. These men in that sense were just like Modi. My view is that ideology mattered less this year compared with immediate issues and a positive leadership style. That is why I call this a leadership wave.

Now, look at Punjab. The Indian National Congress won 8 out of the state's 13 seats, helping the grand old party led by Rahul Gandhi take the national tally to 52. I would credit Punjab Chief Minister Captain Amarinder Singh for that.

What is common between Patnaik, Reddy, Stalin and Captain Singh? They are all articulate men who do not whine much. They understand local aspirations and show a capacity to govern. Patnaik is not a demagogue but showed a tremendous capacity to show sensitivity in listening and designing programmes, such as the showpiece KALIA scheme for agriculture that covers landowners, sharecroppers and landless labourers alike.

Relative to these men, Kejriwal and Mamata Banerjee showed themselves to be more like protesters than governance executives. Modi's acidic speeches against the Congress showed him in a similar light in media reports but it is important to note he exuded strength after the Balakot airstrikes in Pakistan, and the BJP's machinery was working in tandem to showcase his development schemes. Congress had a solid manifesto, but the leadership style, like that of Mamata and Kejriwal, was more of "They are bad" than "We are cool."

Leadership is a complex business, but it is my firm conclusion that the national mood favoured positive leadership. The ones who managed to check Modi were precisely those who, like him, knew how to blend politics with governance with a confident, methodical approach. Modi converted the parliamentary elections into a presidential-style contest. Those who could take him on showed similar traits.