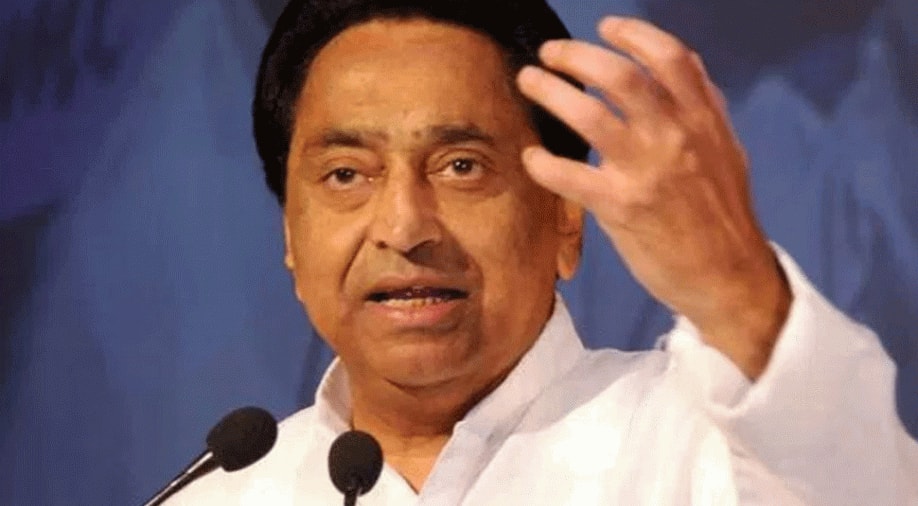 What is Madhya Pradesh's new chief minister Kamal Nath up to? Given his reputation as an astute politician, not so much a grassroots leader as a backroom strategist, one would not dismiss his latest statement favouring jobs for local citizens of his state by structuring state incentives and his reference to migrants from Bihar and Uttar Pradesh taking away jobs as a goofy, foot-in-the-mouth outpouring.

There is a likely political strategy behind this and for this, we need to take stock of what is happening within the Indian National Congress.

It is quite clear that Nath's claim to fame despite being elected from the Chhindwara Lok Sabha constituency several times is that he is essentially where he is because he has built for himself the reputation as a doer on the back of his proximity to the Nehru-Gandhi political family that goes back to his days in Doon School as a chum of the late Sanjay Gandhi.

But he needs all the popular support he can muster in order to keep his place in a state where the rival BJP is extremely strong and power struggles within his own party can be even stronger - given that we have Jyotiraditya Scindia, Digvijaya Singh and even Ajay Singh, the son of late Arjun Singh, among formidable politicians with strong local support in varying degrees.

Nath's moment of glory has been in his signing a paper to waive off farm loans of up to Rs 2 lakh as part of his party's election promise. What better occasion than this photo opportunity for him to buy himself a future populist card sitting on a big chair? It must be remembered that the Congress is not what it used to be and Nath needs something beyond the blessings of 10, Janpath, the residence of Ms Sonia Gandhi, to stay ahead in the party and in the public eye. A populist gesture will also help him boost his image as a grassroots leader. Knowing him, the statement he made could not have been off-the-cuff at all.

Sadly, however, his statement in more than one sense reminds of two other historic figures associated with Madhya Pradesh, each with a story that resembles his. They are the famous poet Kalidasa and the celebrated singer Kishore Kumar.

What Kamal Nath is doing now may be for his party something resembling what the poet Kalidasa is supposed to have done as a youth when he started cutting the very branch of a tree he was sitting on, before he was coaxed out of his ignorant ways to become the most celebrated dramatist of India's leading classical language, Sanskrit.

Kamal Nath was born in UP, and it is said Kalidas, though associated with Ujjain in MP, may have migrated from Kashmir. Kishore Kumar, though a Bengali speaker, was born in Khandwa which is part of Madhya Pradesh. These illustrious sons would not have made Madhya Pradesh proud without the region following a welcome policy for outside workers. Nath himself is an outsider to MP. For him to talk of nativism based on domicile status is a case of irony wrapped in contradictions.

Congress president Rahul Gandhi's diplomatic evasion of comment on the nativist issue is understandable but he has to speak up sooner than later. The Nehru-Gandhi family traces its own origins to Delhi and Kashmir and not Uttar Pradesh where its political base lies.

Moreover, it is the Congress that led the move to frame India's Republican Constitution that promises fundamental rights, two of which are challenged by the kind of words Kamal Nath has used and a third implicitly so. The right to equality that is against discrimination including one based on place of birth and the right to freedom including one that allows freedom of movement and practice of a profession are two vital rights in Kamal Nath hit list. To this, we may add the idea of 'right to work' enshrined among the directive principles of the Constitution.

In effect, Kamal Nath, in a seemingly shrewd political move, may be cutting the branch of his Congress tree - or worse, the tree's very trunk. Parties like Raj Thackeray's Maharashtra Navanirman Sena (MNS) and K Chandrashekar Rao's Telangana Rashtra Samithi (TRS) are known to play on nativism with a focus on domicile status. For Congress to do this would be naive at best and suicidal at worst.

The BJP's supporters and sympathisers frequently invoke Sonia Gandhi's Italian origins to call her a 'foreigner' despite all the hard work she has put in, including a level of fluency in Hindi that BJP's south Indian leaders cannot boast of. All that will come to nought if Kamal Nath is not pulled up for what he said.

(This article was originally published on Zeenews. Read the original article)