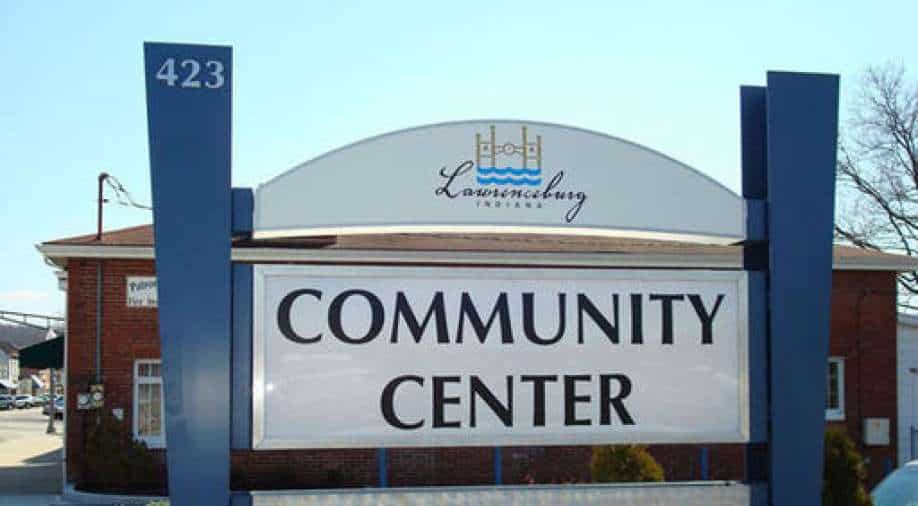 THE CHANGE HAS OCCURRED SO SLOWLY THAT AT TIMES I HARDLY NOTICED IT.

LAWRENCEBURG, Ind. — For 20 years, off and on, I’ve lived in this small, blue-collar town about 30 minutes west of Cincinnati. My grandparents, immigrants from Germany, bought my old farmhouse, on 15 acres, during World War II. I’ve always felt that this town embodies much of what I love about the Midwest: friendliness, a lack of pretension and a prevailing sense of decency among neighbors.

A few weeks ago, I met up with a good friend, an 84-year-old retiree named Frank, who lives nearby. He told me that he’d put up a “Biden-Harris” lawn sign, and within 36 hours it had been stolen. In response, his girlfriend taped another sign to the inside of their ranch home’s front window. Frank immediately took it down. “The chair I like to sit in is right there,” he explained. “The next time they come, I’m afraid it might be a brick, or a bullet.” Just a few years ago, I would have said that Frank was overreacting. Now I’m not so sure.

Over the past four years, my hometown has become radicalized. This is a loaded word, but it’s the only way to describe it.

As recently as 2008, I saw Bill Clinton speak at our community center, where the crowd was so large that people had to listen to him from loudspeakers in a nearby firehouse. The mood was electric. “People are broke at the end of every month,” he said. “This has to change.” He promised that with Democratic leadership, it would. An aggressive new energy policy would bring jobs, with higher incomes.

And this promise was very welcome. At the time, the best job I could find was at a call center, selling home security systems. But I felt hopeful. I stuck an Obama sign in my yard and a campaign bumper sticker on my old Corolla. Like a lot of my neighbors, I believed that Democrats would, in fact, improve the town’s fortunes, and on election night, Barack Obama carried the state.

But things didn’t improve. Not really. The latest census reports median household income in Lawrenceburg as $30,735, with a little over 32 percent of us in poverty. And in 2014, according to The New York Times, our small county (which is over 97 percent white) sent more people to prison than San Francisco. In January, our hospital cited a “higher number of uninsured patients” as a reason it needed to “right-size” its work force by laying off 31 employees and eliminating behavioral health services.

And there are darker omens. Last fall, my teenage nephew came running into the house, wide-eyed, saying he’d found a human skull in the woods. I followed him until, panting at the bottom of a ravine, I saw the skull trapped in a thicket of sticks and leaves, missing several of its front teeth. The police arrived, and for the rest of the night, I watched from my bedroom window as flashlights swept over the long grass, through the woods, until they were finally swallowed by darkness.

It was an overdose, an officer told me later, the victim most likely another casualty of the nation’s opioid epidemic. (In 2017, in this county, there were 80 opioid prescriptions for every 100 residents.) The young man seemed to have died higher up on the hill, where they found more of his remains. The rain must have washed his skull down the slope.

The skull felt like a portent, but also a turning point. Months later, I noticed a vendor at a roadside stand selling Trump flags. “Trump 2020: Keep America Great,” one read. Another read “Trump 2020: No More [Expletive].” It was more than half a year away from the election, and I remember thinking: Why flags? A flag was something people fought under, and for; something people carried to war. By the summer, another vendor popped up selling flags with even bolder slogans like “Trump 2020: [Expletive] Your Feelings,” “Liberty or Die,” “Make Liberals Cry Again.” The economy was in the dumps but the flag business was booming.

And not just Trump flags. In the past few months, I have seen three Confederate flags hoisted in neighbors’ yards, where previously I’d seen none. Just a few weeks ago, two masked men appeared outside our high school, holding a large KKK flag and fliers, apparently scouting for young recruits.

At times, all of this has felt like a horror movie, where it starts off happily enough — in a sun-drenched, idyllic farmhouse — and then the darkness slowly takes over. The change has occurred so slowly that at times, I hardly noticed it, until one day I barely recognized my hometown.

Last week, I drove down for a closer look at the nearest Trump stand, where alongside the flags hung Trump T-shirts. One read, “I’m a Deplorable.” And it reminded me of my grandparents, of how they felt while still in Germany: willing to work as hard as anyone but seeing no way to improve their circumstances. In my more charitable moments, I can see my neighbors’ xenophobia and racism and their Trump-loving thuggishness as symptoms of alienation from people who feel forsaken and disdained. This is, perhaps, the part of me that still feels deeply connected to where I live. But I’ve been appalled by the ugliness I’ve seen here this past year. And more often, in the dwindling autumn light, I find myself staring at my grandparents’ old farmhouse and wondering if it’s finally time to pack my bags.

Towards a gender-equal world: a mission for all