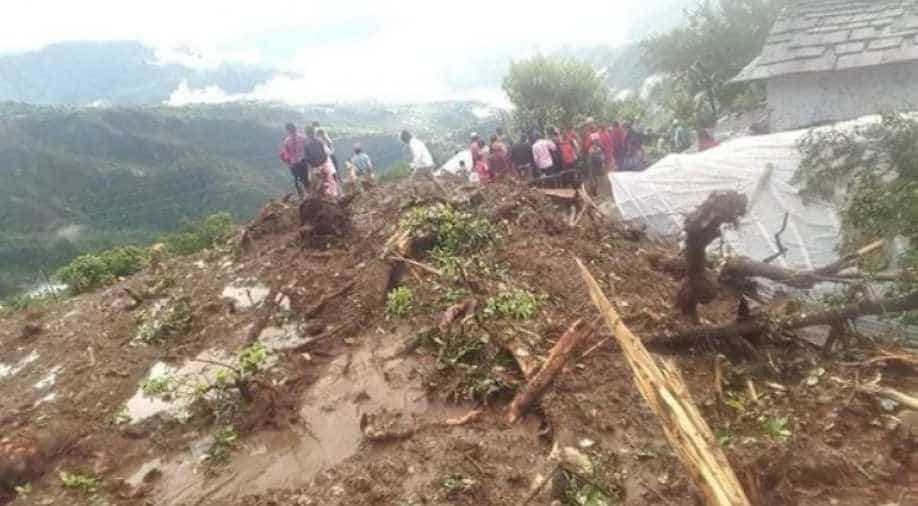 The District Administration Office has sent more forces and equipment to aid the search and rescue operation in the area, the Chief District Officer confirmed.

Five bodies have been recovered from debris after a landslide swept at least three houses in Kushma Municipality-3 of Parbat district in Western Nepal.

However, three people are missing since the landslide which was triggered by incessant rainfall since Saturday, a local official confirmed.

"Five bodies have been recovered from the debris, they are from the same family. However, three others are still missing since the landslide which swept the houses at around 9 pm yesterday. Nepal Police, Armed Police Force and Nepal Army scorched debris till 2 am today and again have continued the search and rescue this morning," Tej Prasad Padhyay, Ward Chief of Durlung told ANI over the phone.

The District Administration Office has sent more forces and equipment to aid the search and rescue operation in the area, the Chief District Officer confirmed.

"We have deployed additional manpower for the search and rescue operation but the landslide also has disrupted the road to the area," CDO of the district Shambhu Prasad Regmi informed over phone.

A newly constructed road near the settlement is suspected to have triggered the landslide.

"The newly constructed road is nearly a kilometre above the settlement. Heavy rainfall might have swept loosened soil through the settlement. Our team will conduct a study on the matter too," Regmi added.

Landslides and floods are common phenomena in the Himalayan Nation during the monsoon season which annually claims hundreds of lives and destruction of property worth millions. The Westerly winds along with the rainfall in Nepal arrived on Saturday, the Metrology Department earlier confirmed.

Indira Ranamagar: The woman who helped 2,000 Nepali kids out of prison

WHO lauds Nepal’s prioritisation of health in the national budget