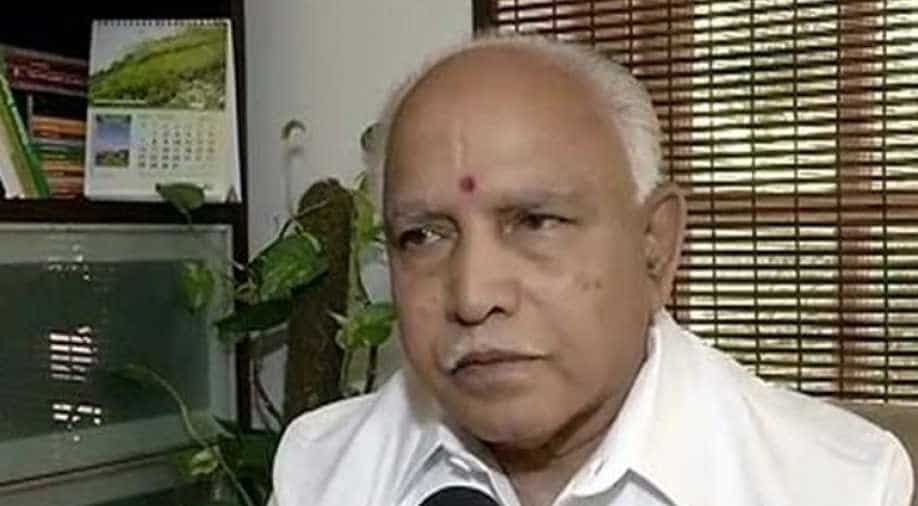 In the letter, Yeddyurappa wrote, "I am of a firm belief that Election Commission has taken a serious note of VVPAT machines found abandoned in a shed near Managuli village in Vijayapur district. It indicates grave irregularities in the conduct of assembly polls in Karnataka."

Yeddyurappa also stated that prior to the Karnataka polls, the BJP had raised the same concern about the reoccurring issue but the officials paid no heed.

"This is not the first time that irregularities in the conduct of elections were brought to the notice of Election Commission and officials holding elections at ground level. Prior to polling, we brought many such irregularities to notice of concerned officials, but in vain," added Yeddyurappa.

On Friday, eight VVPAT's without batteries were seized from a labourer's house in Vijaypura, a week after elections were conducted in the state.

Yeddyurappa, who was sworn in as Chief Minister on April 17, stepped down two days later before the floor test as he did not have the numbers.