Tunnel under IB was constructed with knowledge, 'hand' of Pak: BSF IG 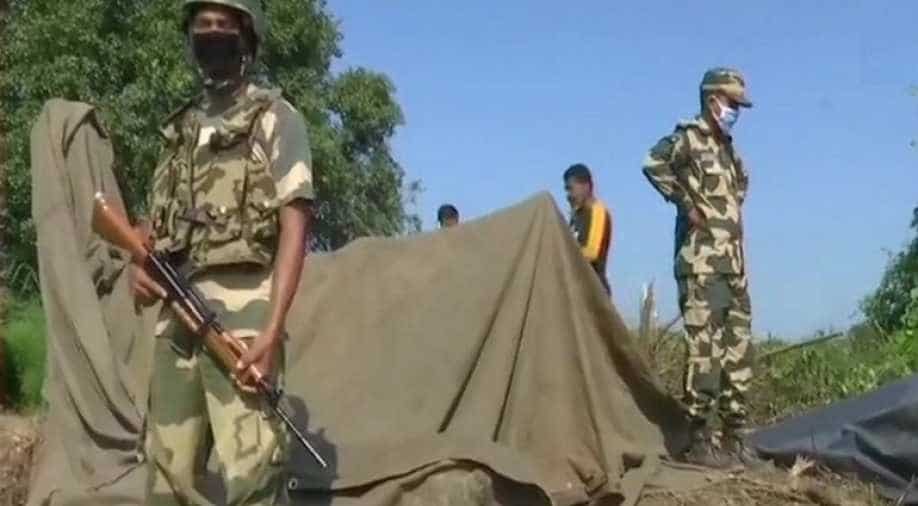 The tunnel's opening was properly reinforced with sandbags carrying markings of 'Karachi and Shakargarh', clearly indicating that it was dug out from Pakistan side and ended here

A top BSF official said on Saturday that a major underground tunnel that was found in Samba, originating from Pakistan, was constructed with the knowledge and "hand" of the neighbouring nation.

He lauded the force personnel for their alertness in detecting the tunnel and said, "We were getting information that a tunnel was dug out from the Pakistan side in Samba. We were working on the information when one of our teams managed to locate it on Friday evening."

Jamwal, who rushed to inspect the tunnel on Saturday morning, told reporters that it was dug out from Pakistan side and was over 150 metres inside the Indian territory.

The tunnel's opening was properly reinforced with sandbags carrying markings of 'Karachi and Shakargarh', clearly indicating that it was dug out from Pakistan side and ended here, he said.

The IG said the preliminary investigation revealed that it was a freshly dug tunnel.

"There is a hand and knowledge of Pakistan establishment in such kind of construction," Jamwal said.

Meanwhile, in a statement, the BSF said the tunnel was unearthed in a special anti-tunnelling drive which was launched all along the IB in Jammu region in view of the prevailing security scenario in the recent times.

"A vigilant BSF patrol party, while carrying out in-depth scanning, detected a tunnel with a depth of approximately 25 feet and about 3-4 feet in diameter near border fencing in Galar area," it said.

The BSF said Pakistan-made sand bags carrying markings of 'Shakargarh' and 'Karachi' factories were found hiding the mouth of the tunnel.

"The opening of the tunnel is around 170 metres from the IB in the Indian territory in the field of a local farmer," it said, adding that the alert BSF troops foiled the nefarious design of Pakistan to help terrorists infiltrate into the Indian territory.

"The tunnel's origin is in Pakistan close to the IB. The efforts of alert BSF troops deployed in our multi-tiered counter-infiltration grid once again resulted in neutralizing the evil designs of terrorists in deep connivance with Pakistan establishment," the statement said.

The BSF said there have been regular inputs about the presence of terrorists in Pakistan border villages desperately looking to infiltrate into Indian territory but the troops foiled all attempts by the anti-national elements.