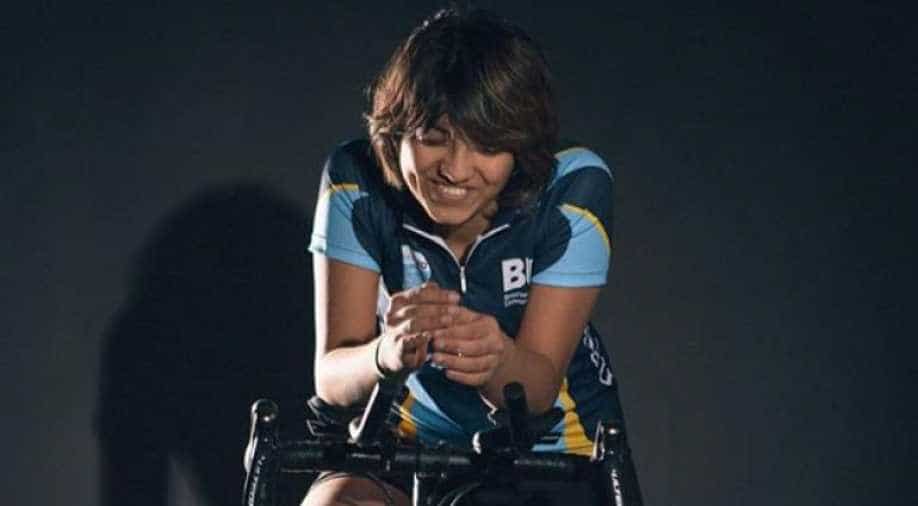 Paola Gianotti's 2014 record of cycling around the world in 144 days will certainly be on her mind. Image via wheelsandwords123 Photograph:( Facebook )

Nineteen-year-old Vedangi Kulkarni wants 2018 to be a special year.

The last few months of 2017 have seen her clock hundreds of kilometres on bicycle, almost every day, in pursuit of her dream.

She now wants to be the youngest and fastest woman to cycle around the world by completing a 29,000-km journey solo and unsupported within 130 days.

It will take her across all continents, except South America and Antarctica, and put her through the most testing conditions that exist on the planet.

This is definitely not the rosy stuff the dreams of 19-year-olds are made of.

"It is going to be super cool, I am very excited about it," a nonchalant Vedangi, who studies sports management at Bournemouth University, told PTI recently before setting out on a 1,400-km 'training ride' from Mumbai to New Delhi.

Call it her way of ringing in the New Year.

The young cyclist, who hails from Pune, plans to start her record attempt in June 2018 from Perth in Australia, and has divided the campaign into five phases. In the first phase she will cycle across Australia upto Brisbane, from where she will take a flight to begin the second phase from Wellington to Auckland.

From Auckland, she will fly to Anchorage in Alaska, and cycle eastward to Montreal.

Then a flight to Lisbon, and she will start the most arduous part of her ride -- a 14,520-km leg across Europe and Asia which will take her through 10 countries before reaching Ulan Bator in Mongolia. Then she would fly back to Perth, the start-finish line.

"There are certain laid-down norms (by Guinness World Records) in order to qualify (for getting into the record book for cycling around the world). I am only adhering to them," she said.

Paola Gianotti's 2014 record of cycling around the world in 144 days will certainly be on her mind. In the men's category, Mark Beaumont holds the record for completing the journey in 78 days. To date, no Indian -- man or woman -- has attempted to break these records.

A keen footballer in her school days, Vedangi got hooked onto cycling, courtesy a ride in Himachal Pradesh. She followed it up with a solo ride along the Manali-Leh- Khardungla top-Drass route in 2016.

After arriving in the UK for a sports management course, her plans to attempt a world record began to take shape. Every weekend and vacation was spent logging hundreds of kilometres on bike.

"I met very interesting people and read a lot before finalising my plans. You need help because of the huge amount of logistics involved, and I am alone all through the journey," she said.

In New Delhi, she will try to meet potential sponsors and also government officials, whose help would be needed for the paperwork needed to cross continents on two wheels, solo.