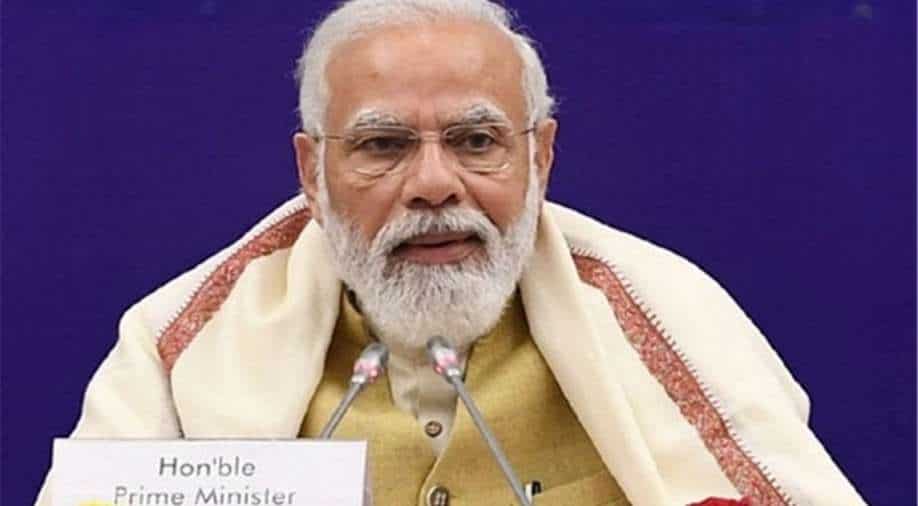 This is a file photo of Indian Prime Minister Narendra Modi. Photograph:( IANS )

PM Narendra Modi during his one-day visit on January 6 was expected to visit Dubai Expo and sign the India-UAE free trade agreement.

Prime Minister Narendra Modi's visit to United Arab Emirates (UAE) that was to take place next week has been postponed.

India has seen an increase in the number of COVID-19 cases with Delhi and Maharashtra reporting the maximum number of cases.

A yellow alert came into effect in India's national capital on Tuesday which mean all non-essential activities have been closed and a curfew imposed from 10 pm to 5 am.

UAE has also seen an increase in coronavirus cases with over COVID-19 1800 cases being reported recently even as mega Dubai Expo faces closure as cases have spiked.

PM Modi during his one-day visit on January 6 was expected to visit Dubai Expo and sign the India-UAE free trade agreement. At the Dubai Expo, he was to visit the "India Pavillion" which showcases India's culture, Yoga, Ayurveda to Space programme.

India and UAE have a "Comprehensive Strategic Partnership" and have seen increased engagement at every level.

PM Modi had visited the West Asian country in 2015, 2018 and 2019. UAE has conferred the highest civilian award 'the Order of Zayed’ to PM Modi.

The Indian diaspora forms a deep connection as the UAE hosts one of the largest populations of Indians. The Indian expatriate community of approx. 3.3 million is the largest ethnic community in UAE constituting roughly about 30 per cent of the country’s population.

Among the Indian states, Kerala is the most represented followed by Tamil Nadu and Andhra Pradesh. Indians from the northern states also form a significant portion of the UAE Indian population.

India's prime minister will also not be going to Kuwait as was being reported earlier. The last high-level visit from India to the country was by external affairs minister Dr. S. Jaishankar in June.