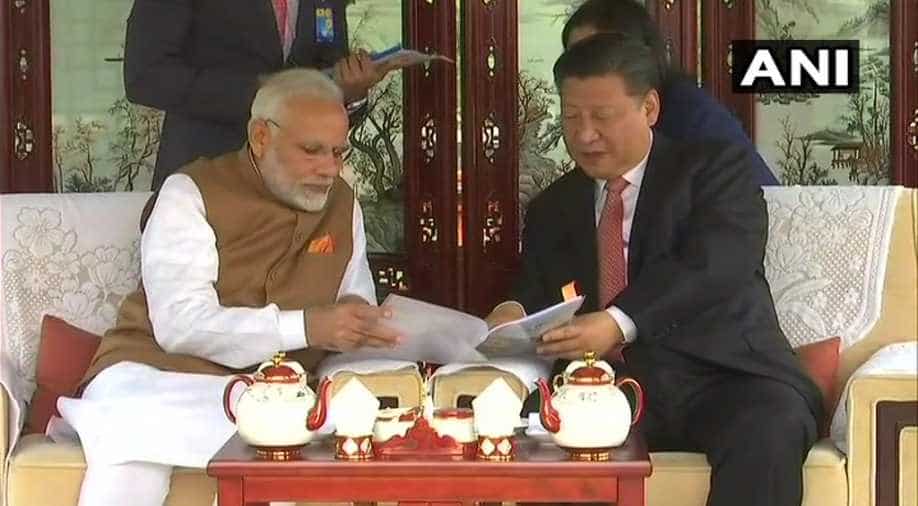 Modi and Xi took a boat ride on the picturesque East Lake in Wuhan city on the final day of an ice-breaking summit. On disembarking, they were greeted with steaming cups of tea. Photograph:( ANI )

After resuming the Day 2 of their `informal talks` with a walk along the East Lake here today, Prime Minister Narendra Modi and Chinese President Xi Jinping enjoyed a boat ride.

On the second and last day of the informal summit, the two leaders were seen riding on a houseboat and chatting over tea - a `chai pe charcha` moment.

The East Lake, a large freshwater lake in Wuhan city, is the largest urban lake in China. It is one of the most popular tourist sites in the country, with over a million visiting the lake annually.

This will be followed by a private lunch hosted by the Chinese President in honour of Prime Minister Modi.Prime Minister Modi is on a two-day visit to China to participate in an unprecedented `informal` summit with President Xi, which is expected to reset the bilateral ties between the two Asian giants, which took a hit post the two-month-long Doklam standoff last year.

Modi will leave for India on Saturday.