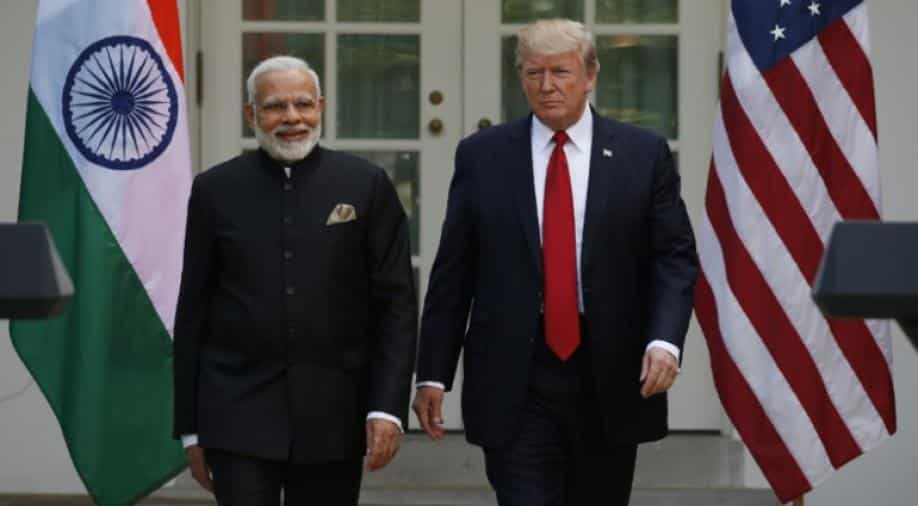 According to the White House, President Trump received a call from PM Modi in which both 'the leaders exchanged perspectives on how to reduce the US trade deficit with India.'

Prime Minister Narendra Modi and US President Donald Trump had a telephonic conversation last evening in which both exchanged New Year greetings and expressed satisfaction over the progress in India-US strategic partnership.

According to a release by the Ministry of External Affairs, "they appreciated the developments such as the launch of the 2+2 Dialogue mechanism and the first-ever trilateral summit of India, the US and Japan."

According to the White House, President Trump received a call from PM Modi in which both "the leaders exchanged perspectives on how to reduce the US trade deficit with India, expand security and prosperity in the Indo-Pacific, and increase cooperation in Afghanistan.”

The two leaders took positive note of growing bilateral cooperation in defence, counter-terrorism, energy and coordination on regional and global issues and agreed to continue to work together for further strengthening India-US bilateral relations in 2019.

PM Modi & US President Trump took positive note of growing bilateral cooperation in defence, counter-terrorism&energy and coordination on regional and global issues. They agreed to continue to work together for further strengthening India-U.S. bilateral relations in 2019.

The conversations also come at a time when US media reports suggest that Washington may be withdrawing 7,000 of its troops from Afghanistan, however, it has not been confirmed by the Pentagon or the Afghan authorities.

Both the leader last met at the JAI - Japan, America and India trilateral on the sidelines of G20 summit in Argentina. Before that PM Modi met US vice president Mike Pence in November on the sidelines of East Asia Summit. During the Diwali celebration at the White House in 2018, Trump had called PM Modi a friend and said he is "grateful for friendship with PM Modi".

India and US have been working on Indo-Pacific concept but issues such as trade remain. While Trump had referred to India as a "tariff king", India has been trying to reduce the trade deficit with Washington.

On Monday, PM Modi also had a telephonic conversation with Russian President Vladimir Putin during which Putin wished PM Modi success for the upcoming Lok Sabha polls and invited him to take part in the Eastern Economic Forum in Vladivostok in September 2019.

During October 2018, India and Russia signed the S400 deal that comes under the ambit of American sanctions under CAATSA law. Washington is yet to make a decision regarding the sanction.