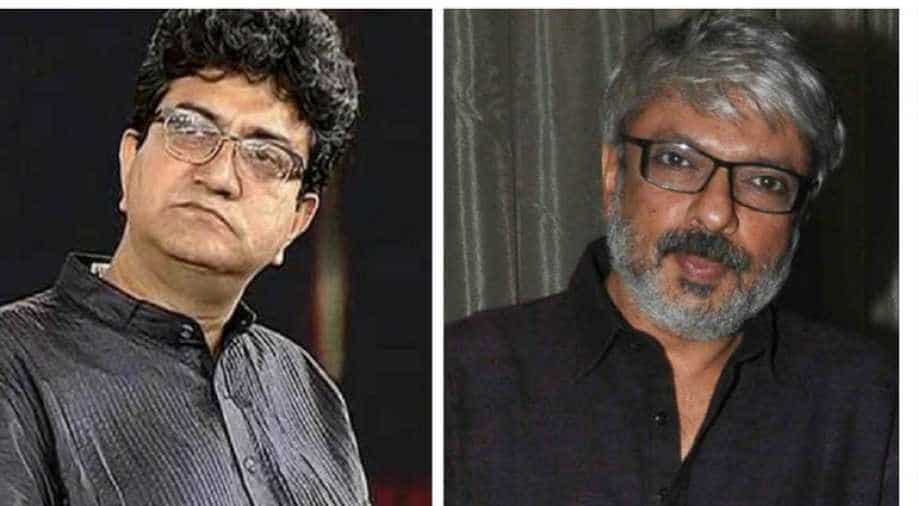 The parliamentary panel is headed by Anurag Thakur. Actors Raj Babbar and Paresh Rawal are also on the panel. Photograph:( Agencies )

Censor board chief Prasoon Joshi has pulled out of the ongoing Jaipur Literature Festival (JLF) in the wake of the Padmaavat controversy, saying he wished to avoid any discomfort to the organisers and fellow writers due to the row.

The 46-year-old poet and lyricist's statement came following threats from the Rajput group Karni Sena which had attacked Joshi for clearing Sanjay Leela Bhansali's controversial film 'Padmaavat' and had protested the JLF's invitation to him.

Joshi said he does not want the "dignity" of the prestigious event to be compromised by the Padmaavat controversy.

Also read: Opinion: How Sanjay Leela Bhansali plays to the gallery with Padmaavat

The Central Board of Film Certification (CBFC) chairman was scheduled to be in conversation with writer and filmmaker Anu Singh Choudhury tomorrow in a session titled ‘Main Aur Woh: Conversations with Myself’.

"I will not be attending JLF this year and must say will miss sharing great moments with literature and poetry lovers," Joshi said in a statement.

"I am doing this so that the dignity of the event does not get compromised or discomfort caused either to the organisers, fellow writers or the attendees. And also so that the lovers of literature get to focus on creativity and not controversy," he said.

Also read: Padmaavat: Here are the first reactions to the film

Joshi was to be provided with Z level security during the JLF after Karni Sena had said last week that it would not allow him to attend the five-day festival which began on Thursday at the iconic Diggi Palace here.

However, Bansali has repeatedly denied the allegations.

Joshi said he did his job "sincerely" and took a "balanced" decision on the period drama and condemned the violence across the country.

"Speaking of which, the issue around the film Padmaavat - I did my job and sincerely took a sensitive and balanced call.

"As I have said earlier, certification was done with due processes, incorporating valid suggestions whilst staying mindful to the concerns of the society as well as to the canvas of cinema," Joshi said.

"It’s sad that we are not relying on genuine peaceful dialogue. It's important that we keep mutual trust and faith in each other and our institutions so that the issues don’t reach this far," he added.

The censor board had given a U/A certificate to the film and suggested five modifications, including the title change to "Padmaavat" from "Padmavati".

The film is based on 16th-century poet Malik Muhammad Jayasi's "Padmaavat". Historians are, however, divided on whether Padmavati actually existed.

The CBFC had also suggested modifications in disclaimers, pertinently adding one regarding not glorifying the practice of Sati and also relevant changes in the song ‘Ghoomar’ to befit the character portrayed.

Earlier, Rajasthan Chief Minister Vasundhara Raje, a regular at the event, gave a miss to the inaugural ceremony.