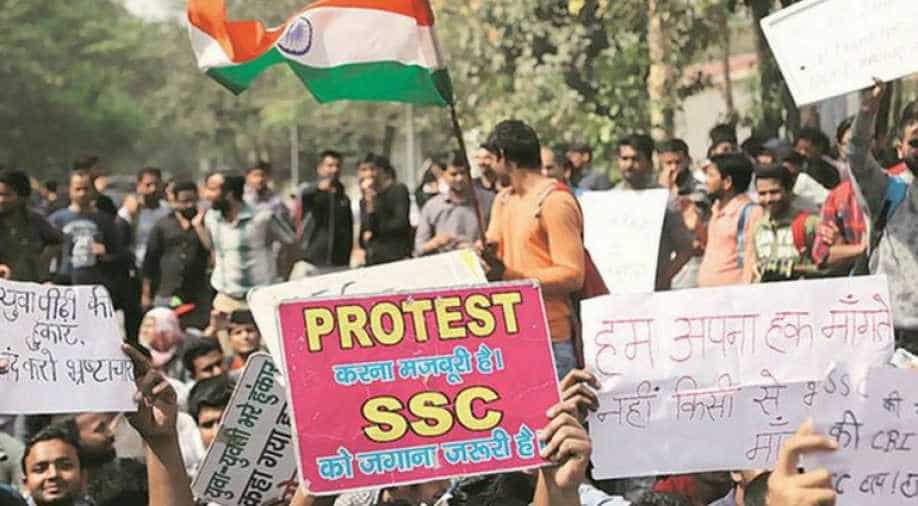 One more person has been arrested in connection with the SSC exam paper leak, taking the total number of arrests to four, a senior police official said today.

The accused, Rohit Singh, was arrested last night from Badlapur in Thane district.

"Singh used to work as a facilitator between the prime accused and the students. Khan would forward the papers to Singh on his mobile and the latter used to bring together students at a coaching centre and provide them question papers along with the answers. Thereafter, the students used to appear for the exam," he explained.

According to the official, the gang has allegedly leaked papers of five subjects-- maths, science (I&II), history and political science.

"We are waiting for the exams to get over as we don't want the students to get distracted. A thorough probe will be conducted into the matter. We will get to the root of the matter and find those responsible for the leak," sub-inspector Daya Nayak, who is probing the case, said.

The matter came to light on Monday after exam invigilator Sandhya Pawar saw three students constantly referring to their text books and mobile phones outside the exam hall at MVM Swami Muktanand High School in suburban Andheri, the official said.

On checking the mobile phone of one of the students, Pawar found a question paper of history and political science stored in it.

Once the exam got over, the students were taken to Amboli police station and a case under Information Technology Act and Maharashtra University Act registered in this regard.

Taking a prompt action, a police team of inspector Ravindra Sawanke and Nayak arrested Khan and two others- Imran Sheikh (45) and Anwarun Hassan (21)- within ten hours after the case was lodged.

Police have detained eight students, who were found in possession of the leaked paper.

According to police, Khan and the other two accused used to charge anywhere between Rs 100 and Rs 2,000 from each student for such leaks.