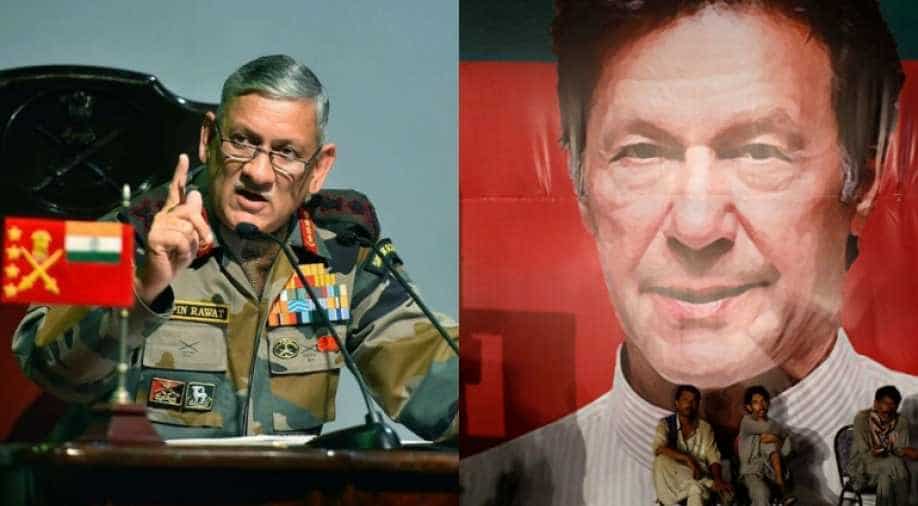 He assured that the army has managed the situation both at the western and northern border and there is "no cause for concern."

Army Chief General Bipin Rawat has said even though new leadership in Islamabad "talks of peace", he hasn't seen any change on the ground.

Speaking at his annual press conference on Thursday, Rawat said, "They talk of peace. But on the ground, we don’t see anything. They have a future plan. Practically we have to see anything on the ground."

On terrorist infiltrating from Pakistan, he said, "Ceasefire is not applicable to the movement of the terrorist group." and anyone who is a terrorist and is coming near LoC will "be engaged".

He assured that the army has managed the situation both at the western and northern border and there is "no cause for concern."

He added, "unless you are not sitting on the table we will not know what is being discussed. Everything is discussed in closed doors. Till you sit on the table, on the high table and see what is happening and how it suits you, that is what we are looking at". Elaborating, how India has support Afghanistan in development, he said New Delhi has supported Kabul in development, trade and equipment.

Asked if that differs with official Indian stand, he said, "I did not say you take lead in talks, there are so many countries there. Let us at least know what is happening, that is what I supported. At least what we listen to what is said "

As a policy, India does not engage with Taliban but did participate at the Moscow talks at a non-official level last year.

Asked, if talks with separatist in J&K can he compared with talks with Taliban, he said, "Same analogy can’t be applied. Jammu and Kashmir is a bilateral issue. No place for 3rd party intervention. So, here we have to talk, we have to talk based on our terms and condition. Our terms and conditions very clear, come to negation table and then start talking but shun the gun, give up violence, stop taking support from the western neighbour, if all that can happen we can talk, who says talks cannot happen. Talks and terror cannot go together. And it's not applicable to our western neighbour but people inside. You cannot keep killing security forces, abducting police, killing policemen and say we want talks"

He expressed optimism when it comes to the relation with Bejing. He said, "On the Chinese border we have been able to maintain peace and tranquillity especially after Wuhan when 2 heads of nation met at Wuhan. There were some common directions were issued and these directions which were issued is what we are following. Instruction has been given to both northern, western, central and eastern command, that these are the methods that need to be followed."