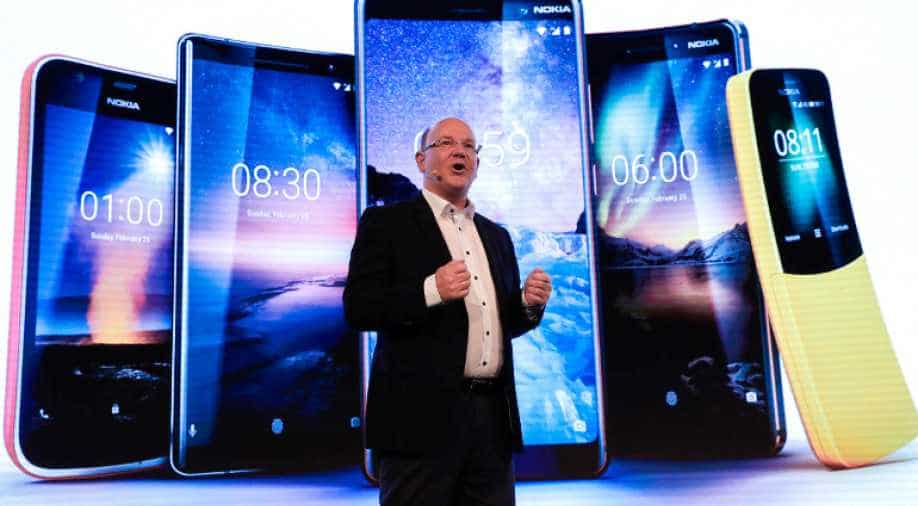 Nokia 1 and Nokia 8110 4g were the key highlights of the launch.

A mid-range phone Nokia 1 is basic feature phone but what is interesting about this is that it is a first Android Go phone.

Android go was launched by Google in 2017 for phones with RAM up to 1 GB targeting markets with expensive data plans like India.

It also comes with 8 GB internal storage which is expandable up to 128 GB.

The users buying Nokia 1 will have two colour variants to choose from, warm red and dark blue.

Nokia is priced at $85 and will available from early April.

The phone's expected price in India would be around 5,000 rupees.

Priced at $921, Nokia 8 Sirocco was also launched and is part of the Nokia premium range smartphones.

According to reports Nokia 8 Sirocco is targetted to compete with Apple and Samsung phones.

Upgraded version of Nokia 6, Nokia 7 plus is priced at $491 and runs on Android operating system.

Similarly, in Mobile World Congress of 2017, the company launched the remake of its another iconic phone Nokia 3310.