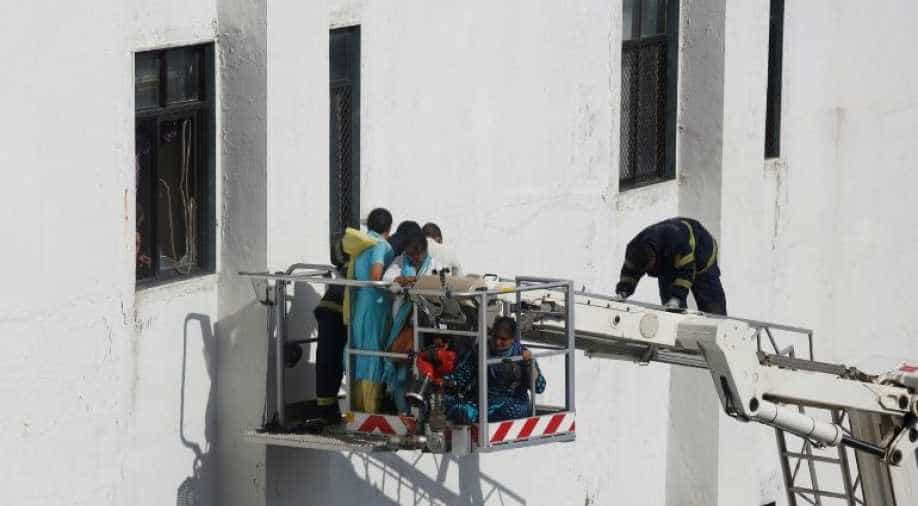 Still few people are feared trapped inside the building and the rescue operations are underway.

A level 4 fire broke out in Telephone Exchange building in Mumbai's Bandra on Monday afternoon.

Around 14 fire tenders were rushed to spot.

The fire is confined to the third and fourth floors in the nine-storey building.

According to the Deputy Chief Fire Officer, all 84 have been rescued from the terrace of the MTNL building.

Still few people are feared trapped inside the building and the rescue operations are underway.

Fire brigade personnel deployed a robot for the first time during firefighting operations in Mumbai on Monday.

The incident took place around 3:10 pm on Bandra West.

A fireman who was admitted to the hospital due to suffocation during the rescue operation is now stable.