Several trapped as fire breaks out in MTNL building in Mumbai 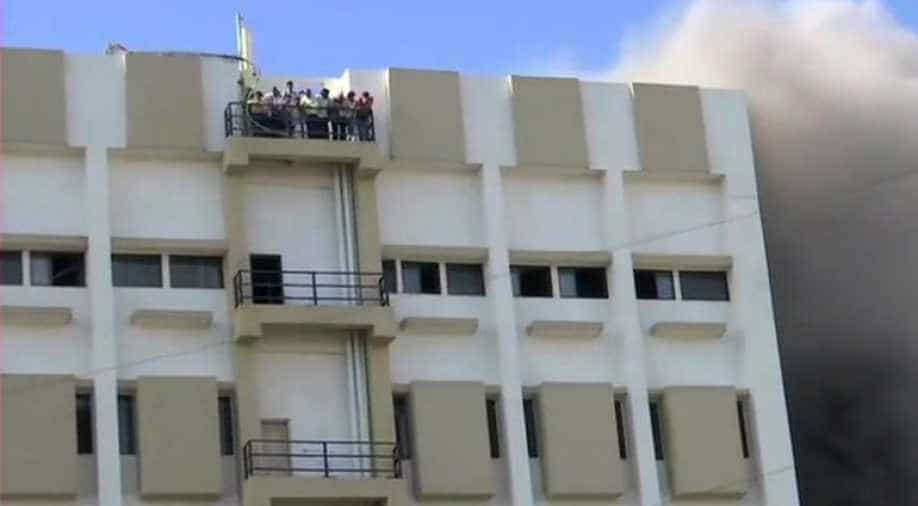 A level 4 fire has breaks out in MTNL Building in Bandra. Photograph:( ANI )

At least 14 fire tenders were rushed to the spot.

A level 4 fire broke out in Telephone Exchange building in Mumbai's Bandra on Monday afternoon.

At least 14 fire tenders were rushed to the spot.

One fireman was admitted to the hospital after he experienced suffocation.

Around 100 people were trapped on the terrace of the building. More than 60 people have been rescued till now.

Mumbai: A level 4 fire has broken out in MTNL Building in Bandra, 14 fire tenders are present at the spot. Fire fighting operations are underway. More details awaited. pic.twitter.com/e7NRsYH7O3

No casualties have been reported yet.