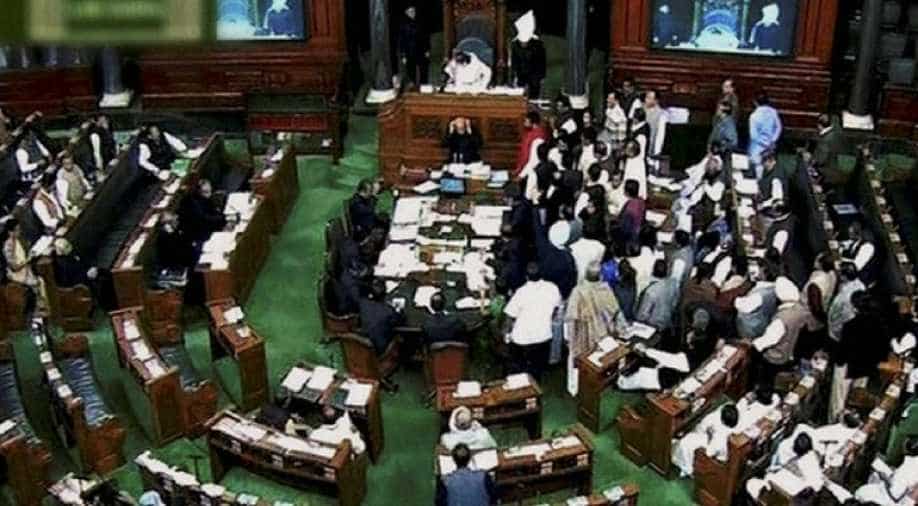 The Speaker invoked Rule 374(A) against the erring members after they did not heed to her repeated pleas for maintaining order in the House, Parliament sources said.

The Speaker invoked Rule 374(A) against the erring members after they did not heed to her repeated pleas for maintaining order in the House, Parliament sources said.

On Wednesday, some members even threw papers toward the Speaker's Chair.

The AIADMK members have been continuously creating uproar in the House and even displaying placards to protest against the proposed Mekedatu dam in Karnataka on Cauvery river.

The AIADMK claims that the dam will affect farmers in Tamil Nadu.

Commenting on the Mahajan's action, AIADMK leader M Thambidurai, who is also Deputy Speaker, said the protest is their democratic right.

"We are not questioning the Speaker's decision" but the government is not responding to the concerns raised "democratically by us," he said.

He alleged that the Central BJP-led government had given approval to Karnataka to build Mekedatu dam as it wants to get some seats in that state.

The Rule 374(A) reads: "... in the event of grave disorder occasioned by a member coming into the well of the House or abusing the Rules of the House persistently and willfully obstructing its business by shouting slogans or otherwise, such member shall, on being named by the Speaker, stand automatically suspended from the service of the House for five consecutive sittings or the remainder of the session, whichever is less..."Ever since the Winter Session began on December 11, the Lok Sabha has been witnessing repeated disruptions, because of which it has not been able to transact much business.