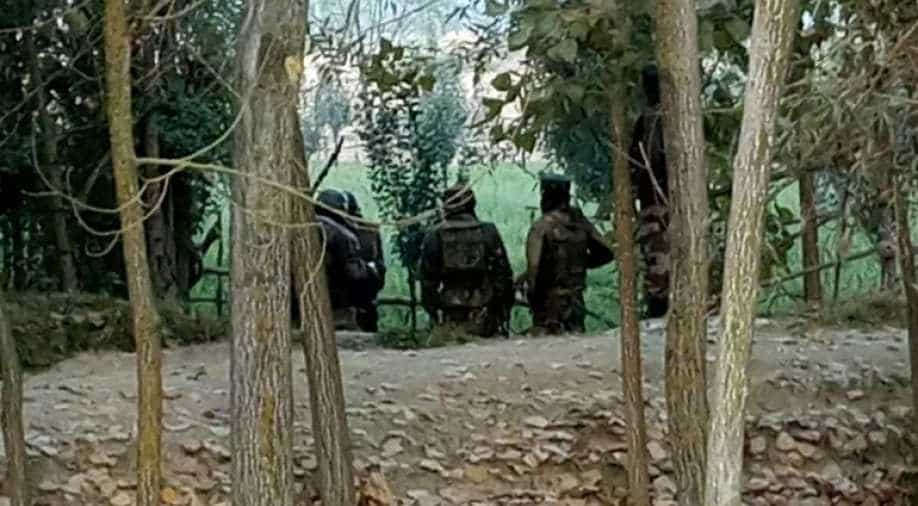 The militants opened fire at the security forces when they were conducting a search operation. Photograph:( ANI )

A police constable and two terrorists were killed in an encounter with security forces in Jammu Kashmir's Bandipora district today morning.

Jammu and Kashmir police constable Zahir Abbas was killed in the gunbattle.

The firing has stopped but the locals continue to hinder the activities of the security personnel by heavy stone pelting.

Security forces had received intelligence inputs about the presence of militants in the area after which they cordoned off the Mir Mohalla village in Hajin area of the district.

The militants opened fire at the security forces when they were conducting a search operation.

(With inputs from ANI, PTI)